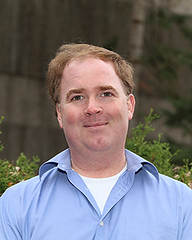 Research Interests:
I use classical physiology combined with proteomic techniques to study cardio-respiratory physiology and pathophysiology in multiple areas.

Heart failure remains the predominant cause of premature death and long-term morbidity in western society. Cardiac hypertrophy (increase in cell size) develops in such conditions of chronic hemodynamic overload as hypertension and valvular disease. Although the initial hypertrophy is critical as a compensatory response, it eventually becomes maladaptive, leading to contractile dysfunction and myocyte apoptosis. Eventually, heart failure occurs. Thus, a major goal of our lab is to better understand how the heart initially adapts to hypertension before the development of contractile dysfunction and heart failure. We believe this will lead to a better understanding of why the heart begins to fail and will ultimately lead to new targets for the treatment of heart failure.

I am also interested in skeletal and cardiomyocyte cell signalling during normal and hypoxic conditions, both between the muscle cells and with other tissues in the body. My research combines cell culture techniques with cutting edge proteomic tools to identify novel cardiac protein hormones. I use different models to investigate their functional effects in vitro and in vivo.