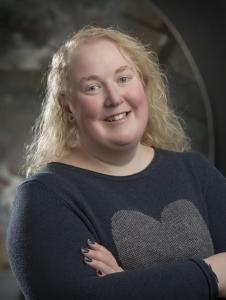 My PhD research at the University of Guelph, under the supervision of Dr Tina Widowski, looks into the effect of a maternal diet of omega-3 fatty acids on the behaviour of laying hens and broiler (meat) chickens. This project is a fusion of poultry nutrition and behaviour science, working in partnership with Dr Elijah Kiarie.

Omega-3 fatty acids are phospholipids obtained from dietary sources such as oily fish, algae and plant-derived ooils such as flaxseed or linseed. These dietary fatty acids can be transferred from a chicken to their offspring through the egg yolk. Egg yolks are rich in phospholipids, ~95% of which are absorbed by the developing chick during incubation. Fatty acids accumulate in the brain of the developing chick, potentially altering embryonic brain development and therefore behaviour of the offspring post-hatching. Looking at two types of commercial chickens, layers and broilers, we hope that this project will give a broader scope of the effect of omega-3 supplementation. Currently, lots of research is looking at chickens as a conduit for increasing human omega-3 consumption in western societies. Laying hens are fed omega-3s so they produced enriched eggs and broiler chickens so they produce enriched meat for human consumption. However, very little research is looking at the effect of omega-3s on the behaviour of the chickens being fed them. This is an unknown I would like to explore during my PhD, looking at the effect of omega-3s on fearfulness, cognition and activity.

Fearfulness in commecial poultry is a large problem to producers of both laying hens and broilers. High levels of fearfulness by attribute to higher mortality levels within flocks of both layer and broiler chickens, decreased egg production in laying hens, and increased prevalence of bruised and blemished meat in broilers. If omega-3s alter fearfulness in any way this will be of particular interest to producers, previous research suggests that feeding chickens with omega-3s may increase fearfulness.

Cognition in laying hens - Canadian egg farms are currently undergoing a change from caged systems to complex-aviaries in order to meet consumer demands for increased opportunities for laying hens to perform natural behaviours. Due to the move into complex-aviaries with multiple levels, perches, platforms and litter chickens now need to be able to navigate through these aviaries in order to access resources and nest boxes. Omega-3s supplementation in has been shown to increase cognition and improve performance in maze tasks, attention tests and learning speed. Deficiency in omega-3s are linked with learning and memory issues, attention deficits and stereotypic behaviours. Therefore maternal supplementation of omega-3s may improve laying hens abilty to navigate complex housing systems.