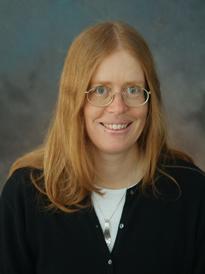 My laboratory investigates the factors that determine whether a population will adapt to a change in the biological environment without going extinct. This is important because current rates of environmental change experienced by animal populations are higher than over most of the fossil record. I have short and long-term marine field experiments set up near Bamfield Marine Sciences Centre just north of the West Coast Trail. I also enjoy hosting international visitors in my molecular ecology research lab in the Summerlee Science Complex at the University of Guelph. I work on the ecological genomics and local adaptation of Atlantic salmon in New Brunswick in collaboration with Canadian and Norwegian scientists. I did my B.Sc. and my M.Sc. research on selection by shell-breaking crabs on their bivalve prey at Bamfield Marine Sciences Centre. I then worked for Fisheries and Oceans at the Bedford Institute of Oceanography for two years where I went on cruises to Jones Sound and the Scotian Shelf. My Ph.D. research on the ecology and systematics of marine snails took place at Tatoosh Island and Friday Harbor Laboratories at the University of Washington. I then studied molecular population genetics at Simon Fraser University as an NSERC postdoctoral fellow. In 1993 I was awarded an NSERC Women's Faculty Award and chose to join the faculty of the University of Guelph. I am an Associate Editor for the Journal of Molluscan Studies, a member of the International Littorina research group. I belong to the Society for the Study of Evolution, the Canadian Society of Ecology and Evolution, and the Canadian Society of Zoologists.

Extinction or Evolution of Populations after a Change in the Environment

The current rates of environmental change experienced by animal populations are higher than have been experienced over much of fossil record. My laboratory investigates the factors that determine whether a population will adapt to a change in the environment without going extinct.

Environmental change caused by human activities is allowing exotic predators and competitors to extend their geographical ranges into Canada. For example, increased sea surface temperatures during the 1997/98 El Niño allowed larvae of the subtropical lined shore crab to metamorphose on western Canadian shores and prey on four closely-related species of indigenous snails. These temperate snail species have shells that are vulnerable to the specialized shell-breaking appendages of predators from more tropical regions. Consequently, climate-driven range expansion of subtropical predator species may result in range contraction by temperate prey species unless they can quickly evolve thicker armour. This is an excellent system for studying the effect of prey migration on adaptation to subtropical predators. These four intertidal gastropods are ecologically similar but differ considerably in their dispersal potential: two species have a long-lived free-swimming larval stage and two species have lost the free-swimming larval stage and as a result disperse only by crawling.

My long-term research program assesses the importance of rapid evolution in preventing populations from going extinct after changes in the environment. I am testing the hypothesis that prey species with high dispersal can only adapt to predatory crabs that invade their entire geographic range. Consequently, I predict that rapid evolution may be more important in preventing poorly-dispersing species from going extinct as these have lifetime dispersal distances of a few metres. I have three short-term objectives that will all compare Littorina species with and without a free-swimming larval stage: 1) To compare the minimum spatial scale of genetic adaptation to predators, 2) To compare the length of coastline occupied by a single population, and 3) To compare the amount of phenotypic plasticity in adaptive complex traits known to form clines. I plan to parameterize an extension of our individual-based quantitative genetic model which could also be useful for understanding the effect of dispersal on adaptive population differentiation in other systems. (funded by NSERC Discovery grants).

Aquaculture now produces all the Atlantic salmon consumed by Canadians and a significant amount for export. However, disease is a major constraint affecting the sustainability and profitability of this industry. Fortunately, the rate of genetic improvement for functional traits such as disease resistance can be greatly improved by using a method of animal breeding called genomic selection. This technique uses thousands of "SNP" genetic markers to determine which of the offspring produced by a disease-resistant family have inherited disease-resistant alleles. Most salmon cultured in marine net pens in Atlantic Canada were founded from the indigenous North American subspecies so fewer genomic resources were available. In collaboration with the Norwegian CIGENE group, I have developed low cost high and low-density SNP genotyping assays that are customized for North American Atlantic salmon. This new genomic technology is being implemented into a current breeding program using recommendations from fish culture and animal breeding specialists (Funding (successfully completed): Genome Canada GAPP:  Academic lead: myself, academic co-lead: Professor Emeritus. L.R Schaeffer (Animal Biosciences), industry lead: Dr. Keng Pee Ang and industry co-lead: Dr. J. A. K. Elliott (Kelly Cove Salmon Ltd).

Project 3: Assessing Heritable Variation in Biological Control of the Salmon Louse by Two Species of Cleaner Fish and Co-operative Behaviour by their Client, Atlantic Salmon

Aquaculture now produces all the Atlantic salmon consumed by Canadians as well as a significant amount for export. The salmon louse is a marine parasitic species of copepod that has a direct impact on farm income through inventory losses caused by skin and gill damage which can also increase disease risks. Levels of sea lice infestation were historically controlled using husbandry practices including area management and lower stocking densities. A limited number of chemical therapeutants have been authorized for use but sole reliance on these parasiticides can lead to sea lice resistance. The industry has now adopted an Integrated Pest Management approach to sea lice management, which uses several alternate treatment options. In Europe, cleaner fishes such as the lumpfish and European wrasses are introduced into sea cages to eat the lice off the Atlantic salmon. In eastern Canada, the lumpfish and a North American wrasse, the cunner, have been shown to significantly reduce adult lice densities on salmon living in marine sea cages. Further some families of lumpfish are more effective lice cleaners than others suggesting lice cleaning propensity is heritable. It is known that co-operative behaviour by salmon (e.g., remaining stationary) to facilitate lice cleaning can occur in sea cages, but it is not known whether the co-operative behaviour is heritable. Genotyping Atlantic salmon with high density SNP (Single Nucleotide Polymorphisms) chips has revealed SNPs associated with lower lice counts in the absence of cleaner fish. Our proposal has the following objectives: 1) determine the best size-class of cunners to use to clean Atlantic salmon in commercial sea cages; 2) determine the stock structure and examine variation in lice-cleaning performance among cunners and among lumpfish from different stocks; 3) assess heritable variation in lice eating behaviour among families of cunners and of lumpfish; 4) Conduct lice challenges with and without the lice cleaner fish present to see if there is a change in the ranking of salmon families with respect to lice counts with and without the biological control agent present. Our work will reduce the economic costs of sea lice control by the Canadian Atlantic salmon industry and increase its sustainability.

* an author who was a Boulding Lab member.