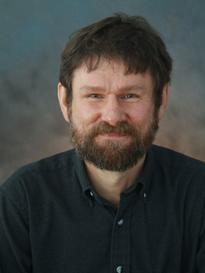 My curiosity as a biologist was kindled at an early age, and I can recall that one of my most ‘transforming’ experiences was witnessing the metamorphosis of ranid tadpoles that I had collected from a local pond and that I kept in a gallon jar beside my bed. I furthered my interest in the study of biology and completed a M.Sc. degree with Jim Bogart at Guelph studying the transmission genetics of a polyploid frog species, the grey treefrog. My Ph.D. research was conducted on the polyploid genetics of a salmonid fish, the rainbow trout, in the lab of Fred Allendorf at the University of Montana . My interest in the study of duplicated genomes continues with my current research on the genomics of salmonid fishes (see description below). This research has fostered several national and international collaborations that have helped to greatly enhance and further the study of salmonid genomics, and indeed vertebrate genomics in general. These collaborations have also helped reinforce the concept that the study of genetics is very much a family affair.

My other contributions to the sciences include serving as Vice-Chair of the University of Guelph Animal Care Committee, and as associate editor for the journal Genome.

My research focuses on the evolutionary, developmental, and physiological genetics of salmonid fishes. Using several approaches, my lab is investigating the underlying genetic architecture of heritable traits in these fish species. Information on the basic genetic linkage arrangements of genetic loci along the chromosomes within our model study species (i.e. Atlantic salmon, Arctic charr, and rainbow trout), allows us to gain knowledge on the specific chromosomal regions that influence important performance traits in these fishes. Some of the traits being studied include thermal stress tolerance, growth, female spawn timing and male maturation timing, disease resistance, and developmental timing events. The integration of comparative genomics techniques allows us to identify specific candidate genes that are associated with these traits and to relate their genetic map position to the quantitative expression of these traits, thereby allowing assessment of the putative contribution of these genes to observed phenotypic differences in the progeny of multiple experimental families. This approach also facilitates a broader evolutionary comparison of conserved (syntenic) vs. divergent chromosomal arrangements among a wide range of vertebrate species for which sequence and genome data is currently becoming available at a rapid pace. Salmonid fishes are particularly interesting in this regard, as they represent a vertebrate model genome that undergone a more recent whole genome duplication (tetraploidization) compared to most vertebrate species. Genomic data now convincingly indicates that the genomes of most vertebrates (including Homo sapiens) have undergone two whole genome duplications in their evolutionary history, while the genomes of most bony fishes have undergone three duplications. Support for a relatively recent tetraploid origin in salmonid fishes comes from the fact that these fishes possess close to 16 genes for a conserved gene family (i.e. Hox genes) (Moghadam et al . in press), and contain approximately 2x the number of chromosome arms compared to most bony fishes. This indicates this family of fishes has undergone four whole genome duplications. My lab is currently studying the fate of many of these duplicated gene copies in the salmonid genome. Additionally, the ‘duplicated fingerprints' (i.e. genetic map positions) of these genes allows us to track the fate of duplicated chromosomal segments (homeologues) among and within the genomes of these polyploid vertebrates. These studies also greatly enhance our knowledge of the comparative vertebrate genomics, and the regulation of duplicated genes during the process of diploidization.

An individual, however, is more than the sum of its parts, and therefore, my research also focuses on examining how genes or genetic regions identified as influencing a given trait interact with one another. These studies examine the dynamics of inbreeding, heterosis, and outbreeding depression in fishes, and have potential applications to the study of conservation genetics and fisheries management. Epistasis, or the process of gene interactions, is complex and may be influenced by many factors including both environmental and genetic background. My lab examines the process of hybridization in fishes to assess gene interaction effects in response to performance levels in the organisms studied. These studies provide us with information on the relative magnitude of possible epistatic genetic interactions within and between co-adapted genomes.

The genetic work conducted in the lab can also have direct practical application to fisheries management with respect to the identification of genetic markers that can be used in selective breeding of fish broodstocks. Genetic markers may also be used to ascertain parentage in fish pedigree analysis. Most fishes, because of their extreme fecundity produce large numbers of offspring that are difficult to maintain as separate families for long term rearing. Genetic markers can be used to trace back progeny to their parents even when the exact mating structure of parental individuals is unknown, and all their offspring have been communally reared. This ‘fish forensics' approach helps us to identify the parents of ‘plus' or ‘minus' performing families for aquaculture traits while minimizing the confounding environmental effects that may be imposed by rearing fish in separate environmental containers. This approach may also help us to simultaneously study the underlying genetic architecture for many adaptive traits in fishes in both a natural and aquaculture setting.