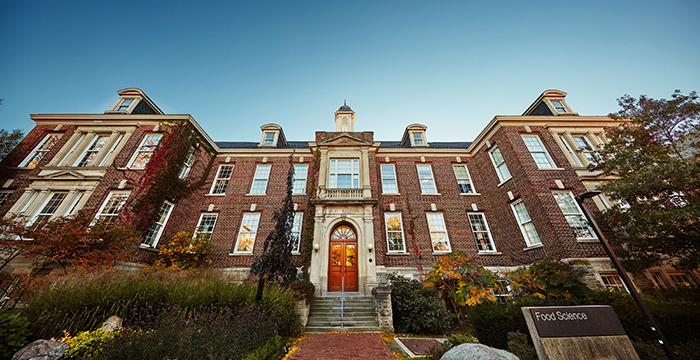 University of Guelph Policy Statement on Freedom of Expression

In its founding and foundational documents, the University of Guelph articulates its core value as the pursuit of truth and its essential purpose as the advancement of learning and the dissemination of knowledge to serve society and enhance the quality of life through scholarship.

To achieve its purpose and fulfill its mission, the University is committed to the principle of freedom of expression, which includes freedom of speech and means the ability to examine, question, critique, investigate, enquire, speculate and communicate on issues without deference to prescribed doctrine.

On our University campuses, various forms of expression may be used, including peaceful assembly.

Universities are unique institutions. Few others carry the weighty responsibility to preserve, advance and disseminate knowledge for current and future generations. Given this responsibility, universities must be places for open discussion and free enquiry, as topics deemed controversial and that give rise to or are likely to give rise to disagreement or discomfort are often introduced, debated and analyzed. Debate or deliberation ought not to be suppressed because the ideas put forth are thought by some or even by most members of the University community to be offensive, unwise, immoral or wrong-headed. In such instances, a balance must be struck among the principles of free inquiry, a commitment to diversity and inclusion, and the protection of human rights.

Freedom of expression is exercised in a society where laws exist, values collide and interests compete. While members of the University and broader community are free to criticize, contest and even condemn views expressed by others, they may not use expression as a direct attack that has the effect of preventing others from exercising the same freedom to express their views. Freedom of expression does not extend to that which is prohibited by law, including but not limited to hate speech or incitement of violence, harassment or discrimination, or violation of an individual’s right to privacy.

This freedom is never without its limits since it is expressed within our University community, which espouses values of mutual respect, civil discourse, inclusion and the highest standards of human equality. It is expected that all members of the University community will support and enrich these values.

This policy applies to all members of the University of Guelph community as well as guests and visitors to campus. The University has existing policies and procedures including but not limited to the Human Rights Policy and Procedures, Policy on Non-academic Misconduct and Student Organization Policy that inform and support this policy. This policy does not amend or negate duties and obligations to and of the University as stated in other University policies or in collective agreements between the University and employee groups, including those regarding the University’s commitment to academic freedom.