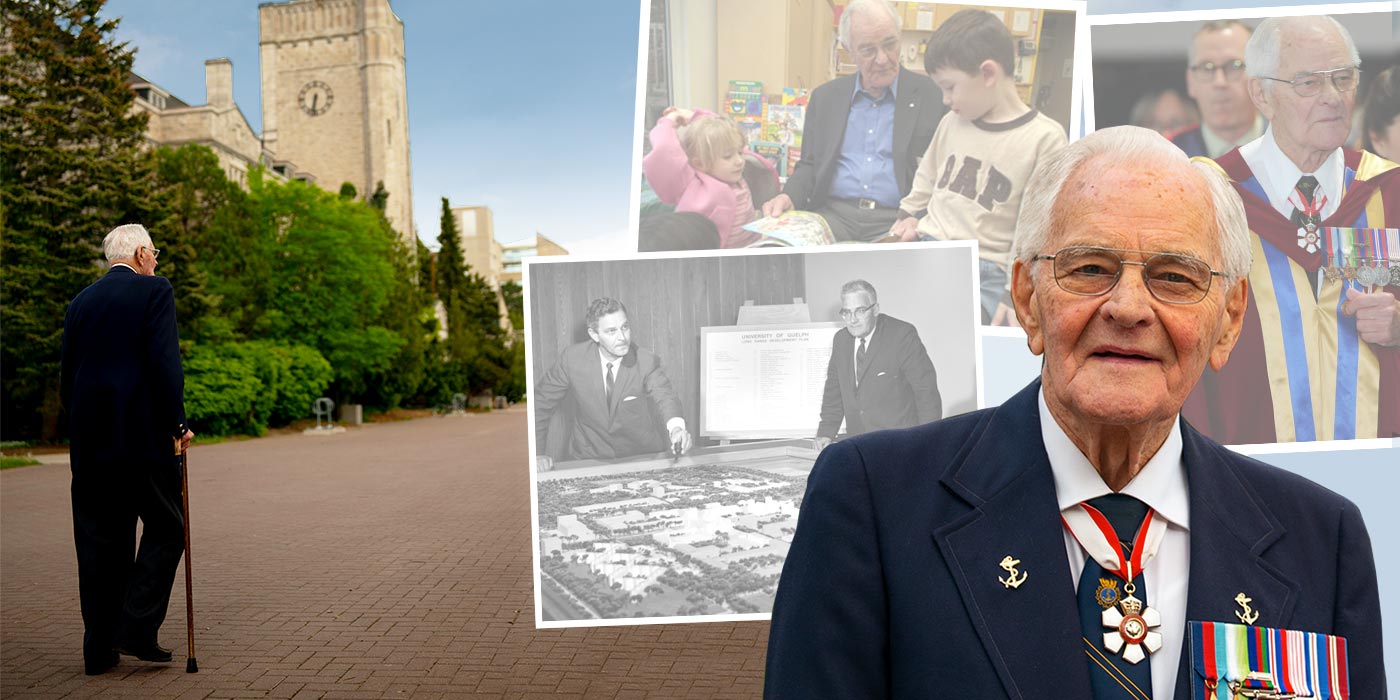 The University of Guelph community will host a tribute service honouring the life and contributions of our second president, the Hon. William C. Winegard during National Volunteer Week.

Winegard’s Contributions to the University of Guelph

Bill Winegard had a varied and influential career as an educator, administrator, engineer, scientist and federal politician. He served as U of G’s second president and vice-chancellor from 1967 to 1975.

Bill came to U of G three years after its founding in 1964. He played a pivotal role in converting an agricultural, veterinary sciences and home economics institution into a comprehensive university, including expansion of the humanities and social sciences. He also reorganized the college structure, gave students an official voice on governing policies and opened Senate meetings to the public.

After retiring from academia and U of G, Bill entered federal politics. As a Member of Parliament for Guelph, he served as parliamentary secretary to the minister of international trade, and was the minister of state (science and technology) and Canada’s first minister for science.

Before joining U of G, he was assistant dean of graduate studies at the University of Toronto. He served in the Royal Canadian Navy from 1942 to 1945 and was the youngest qualified navigating officer.

Bill is also known for his dedication to social and environmental causes and his volunteer work, including reading to children at U of G’s Child Care and Learning Centre.

On campus, he has lent his name to Winegard Walk, the William Winegard Exemplary Volunteer Involvement Awards and the Winegard Medal for undergraduate achievement. He also established three annual visiting lectureships at Guelph.