Studying immune system responses at the molecular level could lead to anti-cancer therapeutics.

In 2020, approximately 225,000 Canadians will be diagnosed with cancer. That staggering statistic drives the pursuit of therapeutic cancer treatment vaccines. Such vaccines would boost the immune system’s ability to recognize tumor-associated antigens—a type of molecule or molecular structure—and trigger an immune system response. The response involves antibodies, a class of protein, binding to the antigens and rendering them unable to reproduce, inhibiting the deadly disease’s ability to spread.

University of Guelph chemistry professor France-Isabelle Auzanneau and her team of researchers are exploring antigens that could lead to the development of novel anti-cancer therapeutics. The researchers examined immune system responses to a carbohydrate antigen called “dimeric Lewis X,” which accumulates in the colon and liver and is associated with the progression of colorectal cancer. This antigen has the potential to be harnessed in a vaccine. However, there is a risk of triggering an autoimmune response against similar antigens that are found in healthy cells. There is a need for a vaccine that specifically targets the tumor-associated antigen—a goal that requires research at the molecular-level.

The researchers set out to map the “epitope” of the antigen molecule, which is where the antibody attaches. Mapping the epitope provides insight into how the tumor-associated antigen differs from the antigen that is found in normal, healthy cells. The team examined how antibodies (produced by other research teams following the immunization of mice) recognized the Lewis X antigen, presented by itself or on a carrier protein. The team concluded that for the dimeric Lewis X antigen to be effective for a vaccine, it must be presented to the body through a union with a protein or lipid, which is what we see with the existing protein-based vaccine for Hepatitis B, for example.

“Our research shows that different groups of antibodies are produced depending on how Lewis X is presented to the immune system,” explains Auzanneau. “Continued, accurate mapping of epitopes is critical to develop effective anti-cancer vaccines. Mapping helps identify antigen regions that serve as binding sites for antibodies and is the starting point for the discovery of new therapeutics.” 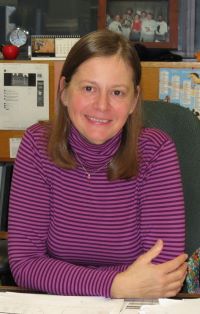 France-Isabelle Auzanneau is a professor in the Department of Chemistry 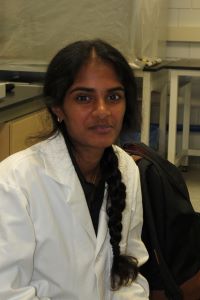 This work was supported by the Natural Sciences and Engineering Research Council of Canada.