Untangling the Mysteries of Quantum Theory

Imagine a hack-proof system that could rapidly accelerate developments in artificial intelligence. A system that could solve problems that would take a computer billions of years to crack. That system is a quantum computer, which leverages the behaviour of particles at the subatomic level to perform computations.

Dr. David Kribs, a professor in the Department of Mathematics and Statistics, knows that for quantum computers to work, we need to understand the mathematical foundations of quantum theory. In a recent article Kribs and colleagues, including mathematics professor Dr. Rajesh Pereira, postdoc Dr. Jeremy Levick, student Katrina Olfert, and collaborator Dr. Miza Rahaman are taking a deep dive into quantum entanglement.

The researchers applied mathematical principles to understand what happens when quantum entanglements break. It sounds complex, and in fact, quantum entanglement theory is considered one of the toughest concepts in science. In everyday life, objects exist in a specific place and at a specific time, like that coffee cup on our desk. However, at the subatomic scale, our understanding of how things move and exist no longer applies. Quantum particles can behave like particles, found in a single place, or like waves, found throughout space in several places at once.

A quantum entanglement occurs when there is a correlation between two subatomic bits of matter. Measuring one instantaneously identifies the outcome of a similar measurement in the other. Information is sent between the two objects faster than the speed of light. This concept is so mind-boggling that Albert Einstein described it as “spooky.” Quantum entanglement is generally poorly understood, and a particular challenge comes with knowing what happens when entanglement is broken.

“Our work brings us one step closer to understanding how quantum operations behave when acting on entangled states,” says Kribs. “In addition to generating some interesting new mathematics, we think this work can contribute to moving new technologies like quantum computing and quantum cryptography forward.” 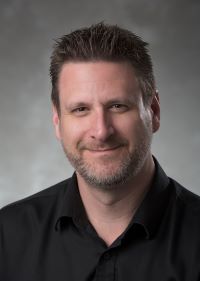 David Kribs is a Professor in the Department of Mathematics and Statistics.

This work was supported by the Natural Sciences and Engineering Research Council of Canada and a University Research Chair at the University of Guelph.