We spoke to Dr. Liliana Caballero from the Department of Physics about her research on stellar phenomena, including supernova explosions and neutron star mergers.

When did you join the Department of Physics at the University of Guelph?

I came to Guelph in 2013 and joined the Department of Physics as a Postdoctoral fellow. In 2016 I was promoted to Assistant Professor.

Could you tell us a bit about your research focus?

My research studies stellar phenomena that can be understood in terms of nuclear processes. To put it in simple words: I use micro physics to predict what happens in explosions involving the densest objects of our Universe. This is interesting because elements needed for cancer therapy (e.g., Thalium, Indium), energy generation (e.g., Uranium, Plutonium) and precious metals, like gold, are produced during Supernova explosions, or neutron star mergers.

The matter expelled during such an explosion produced the elements that formed our planet. It also produces a large number of neutrinos-elementary particles that, if detected, would provide new physics insights. Understanding how elements are synthetized allows us to understand the nature of nuclear matter, the nuclear force and solve one of the major mysteries of the Universe: why there is so much Hydrogen and so little gold?

Can you explain to us what a neutron star merger is and why it is important to study?

I will first give a bit of context about neutron stars. These very compact objects are the remains of a very massive star that dies in a catastrophic explosion known as Supernova. The massive star must be heavier than eight Suns to die as a Supernova. During the explosion matter and neutrinos are ejected, recombined and form new elements. Nuclear physics and gravity play a role to turn the left-over core into a very dense object mostly made of neutrons.

Mergers occur when two neutron stars encounter each other under the action of gravity. Given their compactness, they deform the space-time around them, producing gravitational waves as they merge. When they approach their orbits, the matter of their outer layers is decompressed and ejected producing new elements. The matter that remains bounded reaches extremely high temperatures and densities emitting neutrinos and electromagnetic waves in a wide range of energies. Eventually the merger ends in a black hole with matter around it. The rich phenomenology of the merger – besides fascinating itself – will help us understand the synthesis of elements, and test fundamental physics related to neutrinos. The different signals that are emitted can be detected in different observatories around the world. Mergers and Supernova are a unique extraterrestrial laboratory for nuclear physics.

Your research explores astrophysical phenomena that occur under extreme temperature and density conditions. Can you explain to us the process around how you conduct this research?

I use computer simulations to understand matter at extreme conditions. My research starts with proposing a model to explain a phenomenon. The model relies on nuclear physics and gravity. The equations that describe the evolution of dense hot matter, the emission of neutrinos and the production of elements are quite complex. To solve them, my group and I use computer experiments. We predict how much of each element is produced, how many neutrinos could be seen on Earth and how they relate to the emission of gravitational waves. The results can be compared with actual observations. The most famous one is the neutron star merger observed in 2017. If the results of our simulations do not match the observations, then a new/improved model is needed. Stellar phenomena then become a test of our theories.

What is a recent research project/initiative that you are especially excited about?

In the most recent years, I have been interested in relic neutrinos. Consider all neutron star mergers, and collapsars (death of massive stars that go to a black hole accretion disk) that have occurred since the very first massive stars died. These neutrinos have been traveling through space since then and form a background that permeates space and that we could potentially detect. My team and I study the possibilities of detection and ways of modelling these neutrinos. Should they be observed, relic neutrinos will unveil information about the merger rates, the nature of nuclear matter and the expansion of the universe.

Are you currently looking for undergraduate, graduate, or postdoctoral students?

I am always interested in talented students. I especially encourage women, and students feeling that they are not visible in different ways, to join me. Sometimes, I cannot take students because my group is full, but I will certainly enjoy discussing possible projects or chat about physics with interested students. 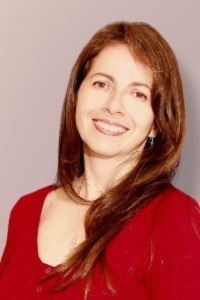 Dr. Liliana Caballero is an Assistant Professor in the Department of Physics