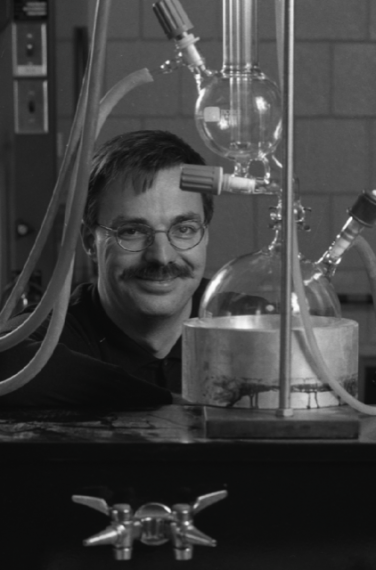 The glove box allows the handling of materials that are destroyed by air or moisture like catalysts, certain enzymes and anaerobic microorganisms. The box is supplied with argon inert gas that is constantly purified with an internal scrubbing system.

Denk’s research spans across several areas in organic and inorganic chemistry, including carbenes and their analogs, carbenium salts, silicon, germanium and tin chemistry, volatile metal complexes, ionic liquids, and more. His research has led to three patents in the field of chemical vapor deposition processes, semiconductors, and thin films and a patent in the field of remediation of toxic halocarbons like DDT.  Key areas of focus include: