Space - The Origins of Gold

For decades, researchers have been trying to determine how gold, platinum and uranium were created. We know the natural origins of lighter periodic elements. However, the astrophysical origin of most elements heavier than iron – known as the ‘heavy elements’ – remains a mystery. In the past five years, using ground and space electromagnetic observatories, scientists have started to uncover how these heavy elements are formed during stellar events – which is one key goal of the emerging field called “multi-messenger astronomy.”

University of Guelph physics professor, and associate faculty member at the Perimeter Institute, Dr. Daniel Siegel is a pioneer in multi-messenger astronomy and was invited by Nature Reviews Physics to provide a comprehensive overview of the theories behind the production of heavy elements in multi-messenger events.

Multi-messenger astronomy has already led to spectacular observations that showed that many heavy elements on the periodic table are created through rapid neutron capture (the ‘r-process’). The r-process consists of many fast, stellar nuclear reactions that create roughly half of the atomic elements that weigh more than iron.

Siegel speculates in his review that the elements formed through the r-process may have been formed from the aftermath of neutron star mergers and in rare types of supernovae. A neutron-star merger is a stellar collision, where two neutron stars gradually spiral toward each other until they collide. Similarly, a supernova is a powerful stellar explosion that occurs at the end of a star’s life.

There are still many questions that have yet to be answered around what neutron star mergers and rare types of supernovae contribute to the r-process. What we do know, Siegel says, is that the insights gained through studying stellar collisions will have implications for nuclear physics and understanding the chemical evolution of our galaxy.

“More research on astronomical observations, measurements, theoretical modelling and nuclear uncertainties is needed to help us answer remaining ‘unknowns’ about heavy metal formations,” says Siegel. “Given the wealth of open questions in both theory and observations, the quest for the origin of the heavy elements will be an exciting multi-messenger and multi- physics challenge for many years to come.”

The quest to understand the universe

Caballero works in multi-messenger astronomy and has been studying neutrino emission and nuclear reactions that occur in the interior of binary neutron-star, black hole-neutron star mergers and supernovae. She extends this work into the field of nucleosynthesis – the cosmic formation of complex atoms – with the goal of creating a means of synthesizing heavy metals. “I seek to understand the structure of neutron stars, the merger process, and the influence that nuclear physics has on these events and the creation of heavy elements,” says Caballero.

Gezerlis is interested in nuclear matter and nuclear forces, using high-performance computing to gain insights from Earth-based experiments to better understand a neutron star's layers – which he says are like an onion: “As researchers move closer to the center of the star, the theoretical uncertainty grows, and there is much about them we still don’t know.”

The density of matter inside a neutron star is much, much larger than the density of nuclear matter found in our laboratories, and neutron stars therefore provide an opportunity to study extreme forms of matter. When two neutron stars orbit each other and are seconds away from colliding and producing the heavy elements mentioned previously, they emit gravitational waves (distortions of spacetime). The waves carry information about the internal constitution of these stars, and Poisson endeavours to find how this information is encoded and can be extracted in gravitational-wave observatories.

Similarly, Yang, who is also an associate faculty member at the Perimeter Institute, is using gravitational wave astrophysics to improve data collection quality, which in turn will help inform our understanding of the universe. He is studying neutron stars or neutron star-black hole mergers in relation to future multi-messenger observations.

U of G’s astrophysicists are daring to go where no one has gone before to shed light on multi-messenger astrophysics and neutron star collisions – and maybe bring back some gold. 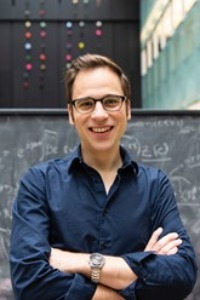 Dr. Daniel Siegel is an Assistant Professor in the Department of Physics and an Associate Faculty member at the Perimeter Institute 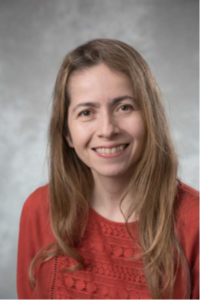 Dr. Lilianna Caballero is an Assistant Professor in the Department of Physics 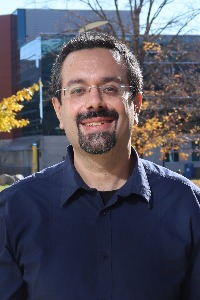 Dr. Alexandros Gezerlis is a Professor in the Department of Physics 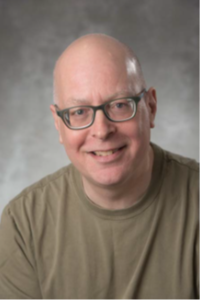 Dr. Eric Poisson is a Professor in the Department of Physics 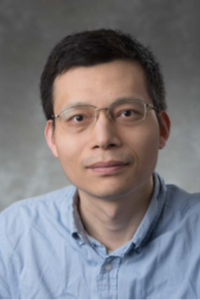 Dr. Huan Yang is an Assistant Professor in the Department of Physics and an Associate Faculty member at the Perimeter Institute

Dr. Daniel Siegel’s work was supported by a Natural Sciences and Engineering Research Council of Canada Discovery Grant, SciNet, Compute Canada and the Perimeter Institute (which is supported in part by the Government of Canada through the Department of Innovation, Science and Economic Development Canada and by the Province of Ontario through the Ministry of Colleges and Universities).