Mind the Gap – the DNA Barcode Gap, That Is

DNA barcoding promised to identify the genetic “signatures” of global species in a time of extinction and ongoing environmental crisis. This system for species identification uses standardized genetic regions that act in a similar way to the barcodes used in supermarket scanners. More specifically, DNA barcoding involves sequencing a short fragment of mitochondrial genes that are then compared against a large database of pre-identified species, known as reference libraries. Success has been found in identifying genetic diversity among a wide variety of species, including plants, fungi, insects, fish and larger animals, such as giant pandas.

With reference libraries growing exponentially, there is a need to develop meaningful ways to analyze the vast amounts of available DNA barcoding information, which can then be applied in fields ranging from forensics to resource conservation.

“We investigated statistical approaches to better characterize the DNA barcode gap through barcoding Canadian Pacific fishes, including Sockeye salmon,” says Phillips. “We selected these native Pacific fish species because many of them hold strong socioeconomic and conservation importance within Canada and globally, particularly as food commodities.”

To interpret the DNA barcode gap, a higher species sampling size is required to capture genetic variation, and more appropriate interpretation procedures need to be developed to draw conclusions when limited DNA sequence data is available for a species. Gillis and team also noted that better descriptive statistics (minimum, maximum and average) are needed to summarize genetic sequence data. They also conclude that mixed statistical models, which are considered flexible models that have the ability to account for variability, could be used to tease out genetic differences observed among and within species.

“Species-level discrimination is challenging (or unreliable) without extensive reference libraries,” says Gillis. “The methods we outlined have the potential to open closed doors, giving biodiversity researchers and regulatory scientists an unprecedented view of patterns left in DNA sequences from key evolutionary mechanisms and processes responsible for shaping Earth's biodiversity over millions of years.” 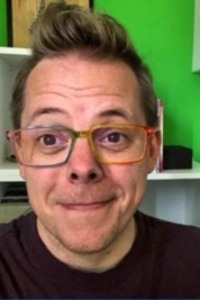 Dr, Daniel Gillis is an Associate Professor and Statistician in the School of Computer Science 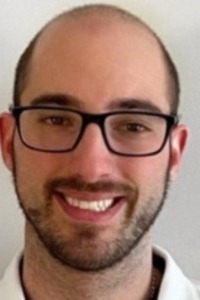 Dr. Jarret Phillips is a Post Doctoral Fellow under Dr. Robert Hanner in the Department of Integrative Biology

This work was supported by the University of Guelph College of Engineering and Physical Sciences (CEPS) Graduate Excellence Entrance Scholarship.