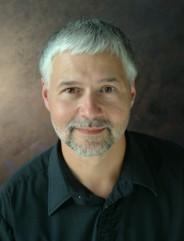 Our group is interested in the structure and dynamics of the myelin sheath of the central nervous system, in particular the family of basic proteins (MBP). These developmentally-regulated isoforms are highly post-translationally modified and translocatable, and bind multiple target proteins such as calmodulin, actin, tubulin, and SH3-domain containing proteins. What makes them fascinating objects to study is that they are multifunctional - they represent hubs in structural and signalling networks of the myelin sheath. In the healthy sheath, there is a finely-tuned equilibrium of post-translationally modified forms, each with a specific target site and set of neighbouring binding partners. In multiple sclerosis (MS), this equilibrium is disrupted, resulting in demyelination (physical disruption and autoimmune attack of the myelin sheath). The body attempts to remyelinate, but normal signalling pathways are also disrupted, and any repair is short-lived. A key to understanding this failure requires knowledge of how the myelin sheath is organised, especially the role of MBP.

A multifunctional protein requires study by a variety of approaches. Our work is based on a library of recombinant forms of these proteins. Using site-directed and deletion mutagenesis, we can focus on specific segments and assess the roles of different domains in ligand-binding. One project presently underway involves the transfection of MBP-fluorescent protein fusion constructs into cell culture of primary and immortalised oligodendrocyte lines, to investigate these proteins' associations with cellular structures such as the cytoskeleton. We use various types of microscopy, particularly electron and confocal microscopy, to define how the MBPs interact with lipid membranes, and with proteins such as calmodulin (which would regulate its activities) or SH3-containing kinases, and the cytoskeleton.

We complement our biological investigations with biochemical and biophysical approaches, particularly spectroscopic ones - fluorescence, circular dichroism (CD), electron paramagnetic resonance (EPR), along with proteomics, molecular modelling, and various other methodologies as appropriate. One of the most powerful tools to study the dynamics and interactions of conformationally flexible proteins such as MBP is nuclear magnetic resonance (NMR) spectroscopy. In this part of our work, we collaborate with Dr. Vladimir Ladizhansky and make use of the Guelph NMR Center, one of the best equipped in the country. Our recent solution NMR studies of two isoforms of MBP, the early developmental BG21, and the mature myelin 18.5 kDa MBP, have defined regions of flexibility and transient order, representing putative targets for calmodulin and other proteins. In order to determine how MBP is folded in situ in a myelin membrane complex, Dr. Ladizhansky is developing new methods of protein structure determination using solid-state NMR spectroscopy, that push the frontier of the technique.

Some of our recent publications are listed below. We welcome inquiries from students interested in biology, chemistry, or physics, and in approaching a challenging biological system, and significant medical problem, from a variety of perspectives. Almost all of the students who have done 4th year research projects with us have gone on to further study (graduate or medical school), or employment in research or industrial laboratories.

* Please note that Dr. Harauz will not be accepting new students as of April 2019 * Some Former Members of our Laboratory