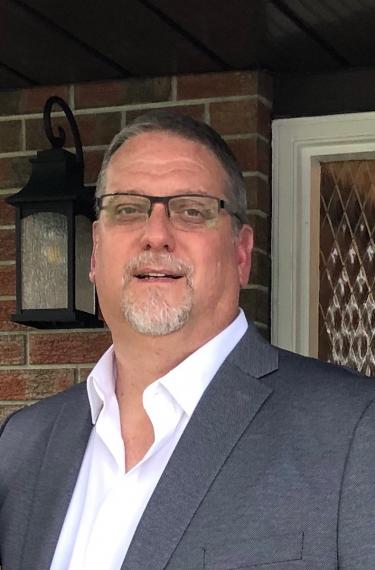 My interest in yeast molecular and cellular biology started during my undergraduate years at the University of Stellenbosch in South Africa. I graduated with a B.Sc. (Microbiology) and enrolled in graduate studies with the focus on understanding the regulation of nitrogen metabolism in Saccharomyces cerevisiae, the commonly used brewer's and wine yeast. These studies allowed me to complete parts of my Ph.D. at the University of Tennessee (Memphis), Brock University (CCOVI), and the University of British Columbia (WRC). As a Research Associate at the University of British Columbia I developed an interest in the adaptation of yeast to fermentation-related stresses. Since joining the University of Guelph in 2002, my research focussed on understanding the molecular responses of yeast to its environment. We use standard microbiology, molecular biology, cellular biology, and genetic techniques as well as advance tools such as genomics and metabolomics to unravel the yeast's adaptation to environmental changes. We apply this information to fermentation industries (wine, beer and cider production). Research performed in my laboratory is funded by Natural Sciences and Engineering Research Council of Canada (NSERC), Genome Canada, Ontario Genomics Institute, the Agricultural Adaptation Council, and the Ontario Ministry of Agriculture, Food and Rural Affairs.

Yeasts are confronted with an array of challenging conditions in its natural environment and during commercial fermentation processes. In both instances the yeast have to cope with fluctuating nutrient availability, osmotic stress-inducing concentrations of sugars, varying temperatures, and increasing concentrations of ethanol and organic acids. The molecular adaptations to these environments include genomic, transcriptomic and proteomic adjustments to ultimately facilitate metabolic and physiological adaptations that enable growth and survival. My laboratory focuses on understanding the molecular mechanisms that: (1) enable the adaptation of yeast to fermentation-related stresses, and (2) link molecular adaptation and metabolite production. Knowledge generated from this research would enable us to devise strategies to improve the stress tolerance, vitality, and efficiency of yeast during its performance of alcoholic fermentations.

Yeasts consume nutrients, including fermentable sugars and nitrogen sources, to produce biomass and metabolites, such as ethanol, organic acids and flavour compounds, during the fermentation process. S. cerevisiae employs an intricate network of regulatory proteins that adjusts its transcriptome and proteome in response to prevailing nutrient conditions. Despite decades of research to understand the nutrient adaptation of yeast, many questions remain unanswered. We have identified an E3 ubiquitin ligase, the Vid30 or GID (Glucose Induced degradation Deficient) complex, as a novel component on the regulation of the transcriptomic and proteomic adaptation of yeast to changing nutrient conditions. The intricacies of Vid30c’s role in nutrient regulation remain unresolved. Elucidating its mechanism of function in nutrient adaptation will not only increase our fundamental understanding metabolic regulation in eukaryotic cells, but also increase our understanding of the continuous nutrient depletion yeasts experience during fermentation.

Yeasts evolve to adapt to its specific environment. Brewer’s yeasts have been selected over centuries of fermentations to perform specific functions to satisfy the needs of brewers. This domestication is rooted in genomic adaptations that developed desired traits, like increased maltose metabolism, flocculation and tolerance to fermentation stresses, and omitted undesirable traits, like the ability to produce unwanted phenolic off flavours. There are several aspects of yeast domestication that remain unresolved. Unraveling

While species of the genus Saccharomyces are commonly used in alcoholic fermentations, several non-Saccharomyces yeasts produce unique flavour compounds thereby adding flavour complexity and expanding product diversity in the wine, beer and cider industries. For example, strains of the yeast Brettanomyces bruxellensis are commonly employed in Belgian-style beers and are increasingly used in either primary or secondary fermentations in North American beer production. Understanding the contributions of these yeasts to flavour complexity will allow the development of strategies to increase product diversity in the beer and cider industries.

MCB*4500/4510: I participate in these courses that provide senior undergraduate students with opportunities to do research projects. For more detail about such opportunities in my lab, please contact me directly.