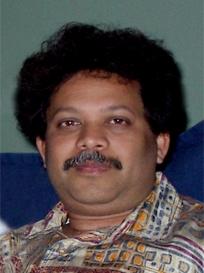 My fascination, for as long as I can remember, has been with ‘shapes’. As a young biology student, I soon realized that specific shapes are, very often, associated with specific functions. My research career has thus evolved around the dissection of mechanisms underlying shape development, or morphogenesis, in plants. In 1992, after earning a Ph.D. in Botany from India I moved to the Biological Research Center in Szeged, Hungary, to investigate the molecular basis of differentiation in higher plants as part of an International Training Course on Modern Methods in Biology. Soon after I was recruited into the burgeoning field of Arabidopsis Molecular Genetics by Dr. Csaba Koncz and joined the Max-Planck Institute, Cologne, Germany under the directorship of Prof. Jeff Schell. In this august institution, I contributed, as a cell-biologist, to the team effort that led to the molecular-genetic recognition of Brassinosteroids, a group of steroidal hormones in higher plants. My time at the MPI also coincided with the discovery of the Green Fluorescent Protein (GFP) and I was part of one of the first teams to demonstrate GFP applicability in plant research. In 1997 my research took a new direction under Prof. Nam-Hai Chua who introduced me to the delights of the plant cytoskeleton and its role in plant morphogenesis. Three years later I had the opportunity to work at another renowned plant laboratory, the ZMBP at the Tuebingen University, Germany, under Prof. Gerd Juergens. A research-intensive period with Prof. Martin Hülskamp followed at the University of Cologne, Germany. This period resulted in my cloning and characterization of several new proteins including the ARP2/3 complex and EB1-like proteins from plants. In 2003 I came to Canada and joined the University of Guelph next year.

I am a member of the Canadian and American Societies of Plant Physiologists /Biologists, and The Faculty of 1000. I also serve on the Editorial / Advisory boards of the journals - Plant Methods, Plant Signaling and Behaviour, BioMed Central/ Biology Image Library, and the Genome India International Forum (GII).

Research in my laboratory is funded by NSERC Discovery and Discovery Accelerated Supplement grants, CFI and Ontario MRI. My work focuses on the cellular and molecular basis of plant morphogenesis. This involves multi-colour imaging of living plants with an emphasis on the cytoskeleton and its regulatory proteins, subcellular cross talk and plant-environment interactions. For more information on my research, click here

Laboratory of Plant Development and Interactions