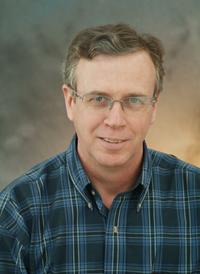 Biology has been a lifelong fascination that started by watching amoebae through my first microscope at age 10. As an undergraduate and a graduate student at McMaster University, I was introduced to the intricacies of cell and sub-cellular structure revealed by the transmission electron microscope. I combined light and electron microscopy with biochemistry during my Ph.D. program at the University of Calgary to better understand metabolic processes occurring in plant cells during seed development. I added some molecular-based tools to study how proteins are moved and precisely deposited within plant cells when I was a Postdoctoral Fellow at the University of California (San Diego) and a visiting scientist at the University of Florida (Gainesville) and more recently at the Technical University of Munich. As a faculty member in the Botany Department at the University of Guelph, I use these tools and techniques to better understand whole plant development by studying the relationship between plant structure and function at the cellular level.

My research goal is to understand, at a cellular level, how plants develop, survive stress or prepare for periods of inactivity. I personally maintain an active research interest in seed development and germination, Right now, though, my Cell Biology Lab is focusing on processes that control the suicide of cells. Programmed cell death is necessary for the proper development of plants. It is involved in seed development and germination, and in the formation of water conducting tissues. It allows plants to form protective layers such as bark, to shed leaves in autumn and to resist infection. Understanding how programmed cell death is controlled also has direct application to agriculture in the areas of fruit harvesting and controlling over-ripening. Some of the research being addressed in my lab are as follows:

On Programmed Cell Death and the Cysteine Proteinases: