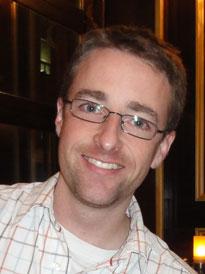 Although my research could be described as cellular, molecular or developmental, at heart, I’m a neuroscientist spanning all of those categories. My interest in the neurosciences began during my undergraduate degree at Dalhousie University. I was struck by the complexity of the neuron and curious about how such a complicated cell could function with such high precision. This interest led me to pursue an MSc, also at Dalhousie, under the supervision of Dr. Steven Barnes. Here, I studied photoreceptors, the sensory neurons of the retina. Although a very rewarding period of my early scientific career, I was always curious about how neurons develop their complex morphology.

In an effort to pique my curiosity, I moved to Europe and undertook my doctoral studies under the guidance of Drs. Michael Kiebler and Paolo Macchi, first at the Max Planck Institute of Developmental Biology in Tübingen, Germany and then at the Medical University of Vienna, in Vienna, Austria.

During this time, while studying the development of hippocampal neurons, I was introduced to the concept of asymmetric RNA localization and localized translational control. In hippocampal neurons, this process serves to deliver specific mRNAs to distal dendrites where they wait for the proper signal to undergo translation where the resulting proteins subsequently contribute to synaptic plasticity. While learning about the genes and proteins involved in this process, I discovered that in organisms such as fruit flies and frogs, asymmetric RNA localization also plays a role in asymmetric cell divisions in the stem cells of the developing nervous system. However, no such studies had looked at this process in mammals.

I moved back to Canada, to the lab of Drs. Freda Miller and David Kaplan at The Hospital for Sick Children, to investigate whether asymmetric RNA localization in neural stem cells contributes to both cellular differentiation and cortical development. With the new found understanding that this process is indeed conserved across species, I have started my own laboratory here in Guelph. My students and I are investigating various proteins that we think are important for RNA regulation during brain development.