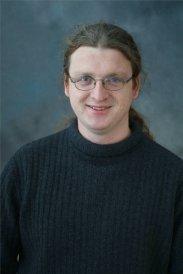 Understanding the mechanistic details of how proteins recognize, manipulate and modify other molecules requires detailed knowledge of their structures. In my lab, x-ray crystallography is used as the primary tool to probe the molecular architecture of biological objects; the resulting detailed, three-dimensional models provide the context for interpreting established research findings and generating concrete functional hypothesis. These are then tested using further biochemical and biophysical experiments to tease out the critical structure-function relationships. While these approaches are applicable to an enormous range of biological problems, our current work focusses predominantly on bacterial systems, including the mechanisms by which bacteria generate enormous diversity of cell surface polysaccharides, and the architecture and functioning of bacterial microcompartments.

One major program in the lab is concerned with the structural biology underpinning the assembly of bacterial saccharides, with a focus on lipopolysaccharide and capsule. The carbohydrate portions of these molecules are built by glycosyltransferases (GTs), then (sometimes) modified by other enzymes, and transported to the cellular surface. One subset of such modifications we have worked on extensively are termination reactions, where a chemical group (possibly a saccharide, but often a chemical such as phosphomethyl) is added to the distal end of a growing saccharide, preventing further elongation. This modification is in turn required for recognition by the export machinery (wzt-wzm). Our lab is looking at a few variations of this system, trying to understand the diversity of strategies bacteria can employ in such termination events. We are also investigating several O-antigen GTs from different Klebsiella serotypes. An example of this work is our research into the retaining Kdo transferases, WbbB and KpsC. These enzymes catalyze a unique reaction and have a highly unusual structure which is heavily modified from the standard GT template. We also strongly suspect that their reaction mechanism is also unique, and so are working to understand the biochemical details through a combination of structural and enzymological experiments.

Bacterial microcompartments are large, icosahedral bodied built from tens of thousands of separate protein chains. Microcompartments have a thin outer shell, and an interior core made of enzymes (and organizing proteins) that produce, and then consume, some sort of volatile and/or toxic intermediate, generally a small aldehyde. One of their interesting features is that the shells are impermeable to enzyme co-factors, so the encapsulated enzyme set needs to recycle cofactors internally. One very important subtype we have been working on is the cyanobacterial b-carboxysomes; carboxysomes catalyse the critical reaction that incorporates atmospheric CO2 into nascent sugars. Among other work we have determined shell protein structures, determined the structure of both carbonic anhydrases that are encapsulated, and shown that the mechanism of RubisCO recruitment operates differently than assumed. We have also showed that changes in the redox state that occurs once the carboxysomes is complete acts as an “on” switch for encapsulated enzymes. More recently, we have also been working to characterize a catabolic microcompartment of unknown function found mostly in Actinobacteria. We determined structures for all of the shell proteins and most of the enzymes, and shown that the enzymes together comprise an aminoacetone degradation pathway. Ultimately we aim to understand how hundreds of thousands of individual protein chains can interact in a sufficiently controlled manner that an essentially identical object is produced each time.