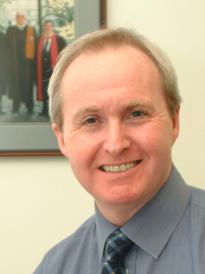 Having graduated with a degree in Biochemistry from the University of Sheffield (the department in which Krebs delineated the citric acid cycle) my interests in plants really began during my PhD studies. In the same Biochemistry Department, I became interested in the regulation of plant metabolism, where I focused on carbon-nitrogen interactions in roots. These interests led me to a post-doctoral period as a research fellow in the Institute of Plant Physiology, at the University of Bern, Switzerland where I followed the same theme, but in relation to photorespiration in leaves. In 1981, I was fortunate to be appointed to a Faculty position in the Department of Botany at the University of Manchester UK . The next 21 years saw a period of great change as we established the largest unified School of Biological Sciences in the UK, where I became Dean of Research. I moved to Guelph in the Summer of 2002 and served continuously as Dean of the College of Biological Science until August 2015.

Prior to moving to Canada, I served on several grant-awarding committees of the UK Biotechnology and Biological Sciences Research Council (BBSRC) and was the national coordinator of a 5 year programme involving 20 laboratories studying the Regulation of Plant Metabolism. I was also the coordinator for a major EU project studying starch synthesis in wheat, which involved laboratories in five countries. I served as a member of the Boards of Governors for two of the premier UK plant science research institutes, The John Innes Centre and the Scottish Crops Research Institute. In the UK and Canada, I was Associate Editor of the Journal of Experimental Botany from 1994-2011.  Since moving to Canada, I have served as President of the Canadian Council of Deans of Science (CCDS), the Provincial Early Researchers Awards panel, and the ORF-Research Excellence panel.

Much of our current effort is focused on understanding the regulation of starch synthesis in storage issues such as the developing seeds of cereals. Starch is the major determinant of yield in such crops, and has wide application in both the food and non-food industries, yet there remain a huge number of unknowns in what limits the production and structure of this important glucan polymer. There is also an increasing realization that different types of starch provide benefits for human health.  For example, Resistant Starch (RS) reduces the glycemic load in foods and helps maintain insulin sensitivity, reducing the incidence of Type 2 Diabetes (T2D).  RS which passes into the large bowel then becomes a substrate for the human microbiome, and the products of starch degradation in the large bowel improve colonic health and are believed to reduce the incidence of colorectal cancer. I am currently leading a large, interdisciplinary team whose expertise ranges from understanding how RS is produced in plants, to studies of its health benefits in human subjects.  This involves faculty with expertise which includes plant biochemistry, genetics, molecular biology, microbiology, human physiology, and nutrition.  Many of our own studies have emanated from the investigation of amyloplasts, the organelles in which starch is made.   We are attempting to elucidate the biochemical mechanisms which serve to regulate the enzymes of starch synthesis within amyloplasts.   We are actively investigating the role of post-translational modification (protein phosphorylation) and were the first to demonstrate the existence of multi-enzyme complexes which are involved in making starch. The techniques we use to address these questions include proteomic technologies such as mass spectrometry, and bioinformatics as well as protein isolation and organelle purification coupled with genetic modification.   Our research covers cereals such as maize, barley, rice, and wheat, as well as the model organism Arabidopsis thaliana. Genetic manipulation of starch biosynthesis in the latter has led us into an exciting new project aimed at improving oilseed production in crops such as canola. During my career, I have been fortunate to have advised more than 25 research students and 15 post-doctoral research assistants, and we have had a regular stream of international visitors with whom we collaborate actively. Many of the students and post-docs have gone on to establish outstanding scientific careers in universities, industry, and commerce, as well as being recognized through the awards of prestigious fellowships.  We have an extensive network of ongoing collaborations, involving laboratories in Australia, France, Germany, Japan, the United Kingdom and the United States as well as within Canada.

I work very closely with Dr. Ian Tetlow, a faculty member in the same department.  We are currently actively searching for graduate students to join us on grants awarded by NSERC and OMAFRA.

The selection of papers listed below build on the discovery made in our lab and first published in the Plant Cell (2004) 16, 694-708, showing that enzymes of starch synthesis form heteromeric protein complexes (see below).  This paper has now been cited more than 150 times and the following are indicative of further advances we have made in more recent work.

This paper demonstrated significant, unexpected effects of modifying starch metabolism on flowering and the production of oilseeds.  Work is underway to transfer this technology into other oilseeds such as canola.

Working with our French collaborators, this work demonstrated that a high molecular weight, glucan polymer can still be made when substituting a bacterial enzyme for the endogenous plant enzymes, although the structure of the polymer formed is quite different from starch.

Transferring our understanding of starch biosynthesis to studies of human health, enabled production of baked food products which, when used in a randomised study, were shown to have long term health benefits for the reduction of Type 2 Diabetes.

High amylose starches are of importance as sources of resistant starch with concomitant health benefits for Type2 Diabetes and colorectal cancer.  This paper demonstrates the presence of different protein complexes in the synthesis of such starches and that these are differentially distributed between different granule types in barley.

This paper, with our collaborators in Japan, shows that heteromeric protein complexes of starch biosynthetic enzymes are widely found in cereals and also describes new complexes, not previously observed.

This paper with our Australian collaborators reinforces the centrality of SSIIa in the formation of multi-enzyme complexes which influence starch structure by affecting interactions with other key enzymes and their partitioning between soluble stroma and starch granules.

This paper is the first to identify the sites of protein phosphorylation on any enzyme of starch biosynthesis and the characterization of two protein kinases involved.

This paper demonstrates the health benefits of including resistant starch in baked products in a human health trial, reducing blood glucose levels and enhancing insulin secretion.

This paper highlights the centrality of heteromeric protein complexes to the formation of organised glucan clusters in normal starch.  Here we defined a model for the interactions between 3 enzymes, demonstrating that starch synthase IIa forms the core of a protein-complex to which the other two enzymes are recruited.  Using a novel maize mutant, developed over several years of back-crossing, we showed that a single point mutation in starch synthase IIa prevents it from binding to the starch granule.  As a consequence, the other two enzymes with which it forms a functional protein-complex are also not able to bind to starch, and do not become incorporated into granules.

This paper investigated a genetic variant of a starch branching enzyme IIb mutant in which an inactive enzyme is expressed, and was compared with the effects of a null mutation of the same gene.  As a result, different heteromeric enzyme complexes are formed in the two mutants in vivo, leading to marked alterations in the size of starch granules and the amylose content.  This is critical to an understanding of how variation in protein complexes, rather than just loss of an enzyme activity, influences phenotype.

This paper was the first to demonstrate that in a high amylose mutant of maize, lacking branching enzyme IIb, novel stromal protein complexes are formed between starch biosynthetic enzymes.  These complexes contribute to the altered starch phenotype and, as a consequence, become incorporated into starch granules.  Significantly, this paper combined a genetic approach with powerful biochemical and molecular assays which many groups from around the world have visited our lab to learn.   The discovery that the formation of soluble, multi-enzyme complexes in the amyloplast stroma is reflected in the granule composition provides an additional tool to look for genetic variation in the process of starch biosynthesis.

These papers showed for the first time that soluble starch synthases and starch branching enzymes form functional protein complexes in the stroma of amyloplasts. The association of SSI, SSII and SBEII isoforms was shown to be phosphorylation-dependent and has led to much of our recent work on the discovery of the protein kinases involved. These two papers were published back-to-back, and established that the novel regulatory mechanisms discovered in wheat are common within different species of cereal endosperm. Each has been cited about 100 times.

This was the first publication to demonstrate that the pathway of starch synthesis in plants is regulated by protein phosphorylation and that this process can catalyse the formation of multi-enzyme complexes involved in the biosynthesis of starch.

My primary aim in teaching has always been to engage students in the process of discovery and not merely to be a conduit for information. Throughout my career, I have taught at all levels across the undergraduate curriculum as well as having supervised over 25 graduate students. My approach is to encourage students to ask questions and form hypotheses, and not accept everything as 'given' - this, after all, is the basis of the scientific method. At present I teach a first-year course on “Communicating Science” which involves students from across the disciplines, examining methods of communication and the way that language, image, and metaphor can be used to convey a set of ideas, as well as influence decision-making and public policy.