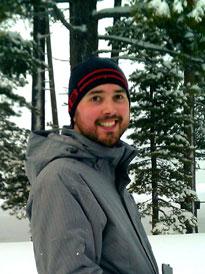 Dr. Ryan joined the Department of Molecular and Cellular Biology of the University of Guelph in January 2014, bringing with him expertise in neurobiology and stem cell-based disease modelling. Dr. Ryan’s research focus on cellular mechanisms underlying neurodegenerative disease and regenerative therapy has developed over the course of his training both in Canada and the United States.  His innovative approach uses high resolution imaging techniques coupled with biochemical analysis to model, understand and treat neurodegenerative diseases using stem cell technology.

Dr. Ryan began his training in neuroscience at the University of Ottawa, where he studied under the supervision of Dr. Steffany Bennett.  During his graduate studies, Dr. Ryan helped develop a systems-based method for the study of lipid second messengers in neurodegenerative disease. Following his Ph.D., Dr Ryan continued his training in neurobiology and in 2009 began a postdoctoral fellowship with Dr. Rashmi Kothary at the Ottawa Hospital Research Institute. Funded by a CIHR postdoctoral fellowship, here Dr. Ryan’s research focused not only on neurodegenerative disease but also on how modulation of the cytoskeleton impacts organelle function and axonal transport. The combined results of this work offered an improved understanding of the bridge connecting newly formed transport vesicles in neurons with the cytoskeletal elements necessary for neurotransmitter secretion.

Upon the conclusion of this appointment, in the summer of 2011, Dr. Ryan moved to La Jolla, California, where he held a position as a postdoctoral fellow at the Sanford-Burnham Medical Research Institute under the supervision of Dr. Stuart Lipton.  Here, as a fellow of the Parkinson’s Society of Canada, Dr. Ryan further explored his interest in organelle function in the context of neurodegeneration by studying the influence of mitochondrial dynamics on Parkinson’s etiology. While again focusing on modulation of second messengers, he assessed how mitochondrial respiration and redox signalling are impaired in human dopaminergic neurons. This was achieved using a robust, patient-derived, stem cell model of Parkinson’s Disease. Now as a member of Molecular and Cellular Biology Dr. Ryan is building on these experiences to investigate how reactive oxygen and nitrogen species impair organelle function in human stem cell and animal based models of neurodegenerative disease and developing techniques to re-populate lost tissue in the diseased brain.

The Ryan Lab strives to answer fundamental questions in neuroscience, develop new tools for collaborative investigation into the mechanisms underlying neurological disorders and train scientists in the areas of molecular neuroscience and stem cell biology.

When studying the mechanisms of neurodegenerative disease, the traditional animal systems, while powerful, have limitations to what they can teach. These systems utilize genetic over-expression or silencing paradigms to understand basic processes. While animal models have lead to huge advancements in our understanding of neurobiology, there is controversy over whether overexpression/silencing of gene expression is representative of diverse disease states. Indeed, the lack of availability of primary human neurons has made evaluating the pathological consequences of genomic mutations arduous. The use of human induced pluripotent stem cell (hiPSC) technology overcomes these limitations by providing a source of human neurons from both normal and disease genetic backgrounds. We currently focus on stem cell based models of Parkinson's Disease (PD) to study how mitochondrial stress mechanisms impact on neuronal function in human disease.

Learning and memory has at its core modifications to tiny spine like structures that exist on a special subset of neurons in the brain known as “spiny neurons.” These spines must move, adapt, grow and retract in response to chemical neurotransmitters in the brain, a process that as a whole is believed to be the cellular manifestation of learning, known as synaptic plasticity. The spines themselves are thought to serve as basic units of memory storage. While much work has focused directly on the chemical signals that mediate communication in the brain and the ion channels that are opened as a result, little is known of the specific signalling pathways that control the actual generation, shape and loss of individual spines. Nitric Oxide is unique second messenger in that it can directly alter the proteins responsible for dynamic changes to spine morphology. Nitric Oxide signalling may regulate synaptic plasticity by altering the density and morphology of spines through a process called S-nitrosylation. We are monitoring what proteins are S-nitrosylated by Nitric Oxide under conditions of spine growth, spine stabilization and spine retraction. This research will further our understanding neural architecture and the means by which cells of the brain communicate.

Stem cells are found throughout the body during both development and adulthood. They have the unique capacity to continuously divide and to produce daughter cells with a multitude of identities. In the nervous system, this process give rise to neural precursor cells that populate the developing brain with both neurons and glia, while renewing their own population at the same time. We are attempting to overcome the limited repair observed in many neurological disorders by employing directed differentiation to replenish lost or damaged tissue in the brain.