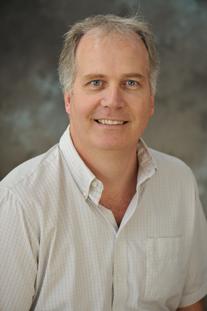 My interest in biological research started as an undergraduate summer research technician at the University of Windsor with Dr. Paul Hebert and then as a senior research project in the laboratory of Dr. Teri Crease.  I followed Dr. Crease to the University of Guelph to complete my MSc. after which, I worked for several years in biotech as a Research Scientist at Genzyme and then Genetics Institute, outside of Boston, MA.  It was during this time that I discovered the wonders of developmental neurobiology and decided to pursue my Ph.D. in the Neuroscience program at the University of Utah.  Working in the laboratory of Dr. Monica Vetter, I studied the role of Wnt signaling during Xenopus retinal development.  Following my Ph.D., I took up a collaborative postdoctoral position with Drs. Robert Coffey and Lilianna Solnica-krezel at Vanderbilt University in Nashville, TN.  Here I pursued the role of the Wnt antagonist gene, naked, in the early development of the zebrafish embryo.  While I continue to study the role of Naked during zebrafish development, I am focusing my attention at the molecular and cellular level to determine exactly how Naked can turn off Wnt signaling. I joined the Department of Molecular and Cellular Biology in 2008.

To address these questions, I use two different models: cancer cells for in vitro analysis and zebrafish embryos for in vivo analysis. Zebrafish have quickly become a favourite vertebrate model for both genetics and development.  A single female can lay upwards of several hundred eggs and the rapidly developing embryo is transparent allowing for easy observation of internal structures.  Furthermore, the recent adaptation of Crispr technology to genomic engineering in zebrafish will allow us to permanently knockout any gene we desire.

My lab has taken zebrafish to the next level, establishing the early zebrafish embryo as an in vivo cell model.   This has become a powerful method to tease apart signaling pathways because we can now use development, genetics, cell biology and biochemistry in one system, which is unattainable with in vitro models. Due to the high conservation of the Wnt pathway we can transfer our findings from zebrafish to human cells, such as colorectal cancer cells.

The lab focuses on two negative feedback regulators of Wnt signaling:  Nkd1 and Axin2.  Both of these are induced by Wnt signaling and so far appear to be obligate and universal targets of Wnt signaling within vertebrates.  I first started working on Nkd1 while at Vanderbilt University and found that Nkd1 is both necessary and sufficient to antagonize Wnt signaling. It was during this time that I started to establish zebrafish as an in vivo cell model.   Using this novel model we are testing the hypothesis that Nkd1 is somehow activated on the plasma membrane by a Wnt ligand. Upon activation, Nkd1 moves from the membrane into the cytoplasm to inhibit the nuclear accumulation of β-catenin, which is the central signaling molecule of the Wnt pathway.  Due to the nuances of cell culture we cannot observe this phenomenon in vitro, but have found that Nkd1 can be artificially “activated” in cancer cells, potentially inhibiting their growth.  Currently, we are trying to determine how Nkd1 is activated and what affect this has on the cancer cells.  We are also studying Axin2, which is expressed at the same time and in the same place as Nkd1.  We have evidence that Nkd1 and Axin2 cooperate, but by itself Axin2 is a very potent inhibitor of Wnt signaling that doesn’t need activation.