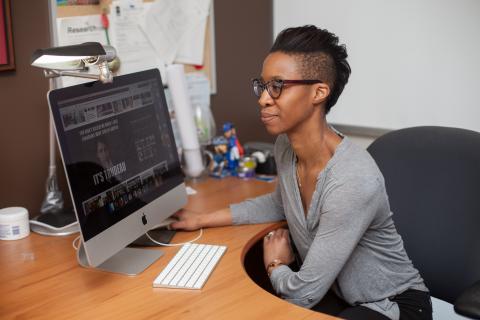 Memes— humourous or thought-provoking online images, videos and pieces of text—have been popping up all over the internet as a way of online activism for people promoting the discussion of Canadian politics.

But a Guelph researcher has found that as a technology, the internet and digital political tools such as memes have had less impact on Canadian politicians than other disruptive technologies.

Prof. Tamara Small, of the Department of Political Science at the University of Guelph, says that while digital politics creates a free outlet for political protest where people can critique the personalities and campaigns of Canadian politicians, they haven’t really done so.

Digital politics looks at the use, quality and the extent of how political members and citizens use new digital technologies such as websites and social media.

Small focuses on how Canadian politicians are using these new digital technologies to engage with citizens during campaigns. She’s been examining political memes that use a single image with written text including a situation and then a punchline.

“Generally, we find that citizens use memes as a way of political protest,” says Small. “These memes are usually a way to criticize political leaders and are not meant to be congratulatory or helpful in any way towards their campaign.”

Content analysis allows researchers to understand the broader meaning of political memes. Each meme was found through various websites such as Facebook and Twitter and were individually coded as positive, negative or neutral.

“One of the major conclusions I have come to after studying digital politics since my masters, is that there is a tension between technology shaping politics and politics shaping technology,” says Small. “In other aspects of the world, when technology comes in, it is very disruptive. However, the internet has not had that same type of impact in politics for Canadian politicians.”

That said, Canadian politicians have started to pay attention to digital technologies. They’re learning how to use them and control the message they want to send as part of their campaign, she says.

“Students are incredibly important to the work that I do,” she says. “I believe that this type of research needs human minds rather than computer minds. For any students interested in pursuing internet politics research, it is a highly unique area of research that is very understudied, and so there is so much more to learn.”