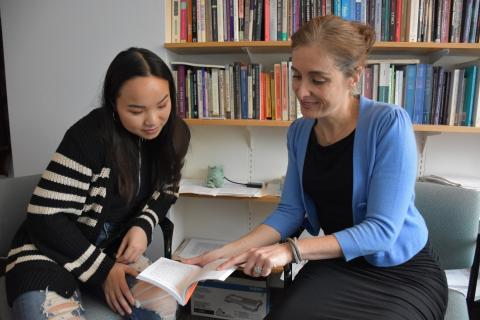 Despite strong scientific evidence supporting the merits of vaccines, some members of the public still feel hesitant towards using them. The common thinking by journalists, public health advocates, medical personnel, and the general public is that vaccine naysayers don’t understand science.

But University of Guelph philosophy professor Maya Goldenberg sees it differently. She believes vaccine hesitancy among parents of young children is caused by low levels of trust in scientists and the health system.

“It's not a science problem, or a knowledge deficit problem, but more of a social problem,” says Goldenberg. She says the question that needs to be asked is why clusters of people in the world that don't accept scientific consensus as legitimate?

Goldenberg says contrary to popular belief, vaccine-hesitant individuals are often educated and affluent. Educated individuals apply their critical thinking skills to develop strong beliefs either in favour or against vaccines. The result is very polarized views on the subject.

Vaccine-hesitant individuals are often uncomfortable with relationships between academe and industry, value natural lifestyles, and often have had bad experiences with biomedicine, causing them to search for alternative remedies says Goldenberg. Often individuals are wary about the credibility of scientific claims if they believe these claims are guided by industry-funded research. Individuals who ascribe to “natural” living might view vaccines negatively because they don’t fit with their values.

“If these findings about how people interact with science are correct, it tells us that the current public health outreach and communications is misguided,” she says. “So the scientific literature is not going to convince people who are wary about the credibility of scientific claims.”

Also, she says, breaking down the association between natural living and vaccination practices might help make the case that you can live a natural lifestyle and still vaccinate your kids.

“If we can come up with better vaccine communications that promote trust and increase confidence in vaccines then we've got a better public health situation and a healthier population,” says Goldenberg. “Viewing individuals as lacking scientific understanding is unproductive, as it creates a hostile environment for hesitant individuals to bring forth their concerns about vaccines, while further decreasing their trust in science.”