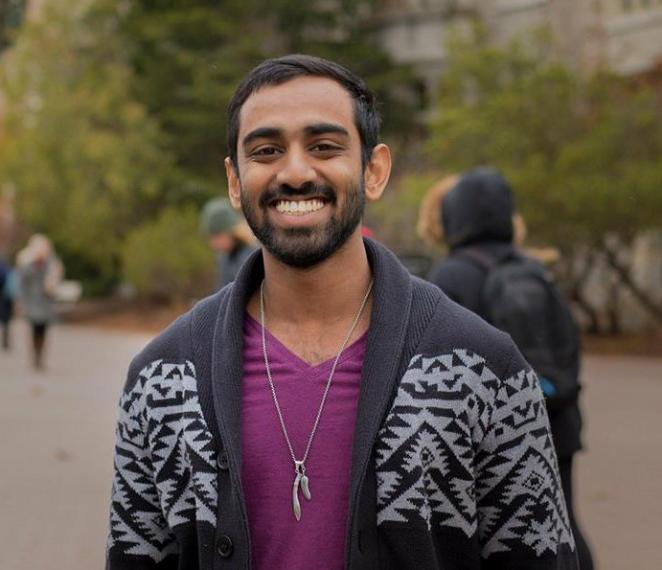 Andrew was a highly engaged student at the University of Guelph. He worked as student staff on campus in Athletics, Admissions and Student Experience. In addition to this, he was a student leader, engaging in the Board of Governors, Student Senate, the Central Students Association, College of Arts Student Union and other organizations.

Andrew studied Political Science at the University of Guelph, and alongside his studies, he engaged in out-of-classroom experiential learning (EL) opportunities from all areas of campus to build his skills and experience. He found that engaging in these opportunities allowed him to enjoy his time, so that his university experience was more than just classes. In addition to this, his engagement helped Andrew figure out what he was passionate about.

"Through Experiential Learning, I have had the opportunity to test my skills, develop my skills and reflect on the roles I have had."

Through his student employment positions in multiple departments over the course of his degree, Andrew has been able to build a vast professional network, and learnt how to step into more challenging roles. Andrew shares, "Through Experiential Learning, I have had the opportunity to test my skills, develop my skills and reflect on the roles I have had". As a Social Media Ambassador for Admissions, Andrew gained communication and public speaking skills and developed an understanding of how people think and use their social media. He had the opportunity to test methods of social media messaging, and social media buy-in systems. "I have been able to collect data and get feedback on social media engagement and really take social media in a new direction. This is something I can put on my resume and add to my professional portfolio," he says. His continued engagement in EL has helped him decide he wants a career in public relations.

"My grades increased when I was involved because I learned to manage my time better. I did not have the opportunity to procrastinate."

While working on the Orientation Team, and as a Tour Guide, Andrew developed his teamwork and collaboration skills by engaging with his co-workers and the larger campus community. Through these experiences Andrew also learnt what his strengths and weaknesses were, enabling him to seek out opportunities that would build the skills he needed to improve. In addition to gaining various career-ready skills, Andrew found engaging in EL to improve his academic performance as well. He shares "My grades increased when I was involved because I learned to manage my time better. I did not have the opportunity to procrastinate". Andrew found engaging in EL to be worth his time because it allowed him to develop socially, academically and professionally while he completed his undergraduate degree.