The Power of #MeToo Testimony 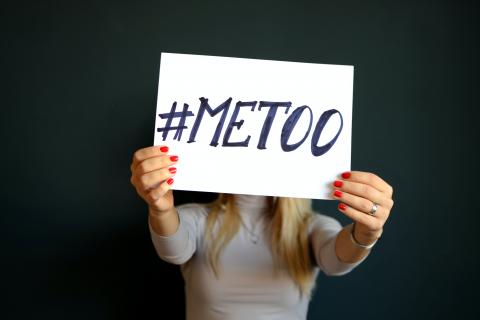 A University of Guelph researcher argues #MeToo testimonies could shift social and cultural attitudes on sexual violence and harassment toward women in ways that benefit not only women but also society at large.

Dr. Karyn Freedman, a professor in the College of Arts, explored the individual and societal benefits of #MeToo testimony in the article “The Epistemic Significance of #MeToo,” which was published in 2020 in the journal Feminist Philosophy Quarterly.

In the article, she examined the beliefs and knowledge gained through listening to and sharing #MeToo testimonies. She also evaluated how the movement contributes to undoing systems of oppression.

Testimonies benefit listeners who have experienced sexual violence, says Freedman. Hearing their experiences represented by others validates their own trauma and enables them to speak out or seek support for their trauma.

The #MeToo movement has value for the teller when their story is acknowledged and believed, she says.

Freedman says this is especially true for women in marginalized communities. #MeToo has given racialized women and women in the 2SLGBTQ+ community a chance to talk about their experiences with sexual violence and harassment on their own terms.

Freedman says that victims of sexual assault often face what she refers to as male ignorance —a type of willful ignorance that ignores the facts of sexual violence and enables a culture of victim-blaming and further perpetuation of rape myths.

These false narratives are often ingrained in our institutions and result in material, social and institutional benefits for men who are usually cisgender, straight and white, says Freedman. Yet men are not the only people who end up thinking this way.

“Privileged individuals have an upper hand in the criminal justice system and are often viewed as inherently credible,” Freedman said. “Marginalized people do not have the same privilege. Women, people of colour, members of the 2SLGBTQ+ community and those at the intersection of these identities risk their reputations and livelihoods by speaking out.”

Freedman says society at large can find value in this movement, as these testimonies disrupt predominantly false narratives about sexual violence and harassment.

“Marginalized stories enable us to learn something about the world as experienced from social positions other than our own,” she said. “The more we know about people, the harder it is to deny their humanity.”

Despite the barriers women face while giving testimony, the #MeToo movement continues to allow women of various identities to speak out against sexual violence and harassment, says Freedman.

“We are witnessing a critical shift in social and cultural attitudes on sexual violence and sexual harassment against women,” she said. “Women are starting to speak out against rape myths, harmful prejudicial stereotypes and victim-blaming norms. Despite the risks, powerful testimonies from a diverse group of women continue to propel the movement.”

In her most recent article, Rethinking the Wrong of Rape,  which was published in the journal Philosophical Issues, Freedman continues researching sexual violence by examining contemporary neurobiological forms of trauma to explain the different ways rape harms its victims.