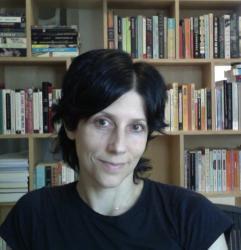 My main philosophical interests are epistemological. I currently have a few research projects on the go. In one, I am exploring the conditions of justified belief and the nature of epistemic responsibility. Following in the tradition of feminist epistemology, I am hoping to develop a theory of justification that is accountable to our everyday epistemic practices. What I have come up with so far is an interest-relative theory of justification, which is a kind of modified version of evidentialism in which the normative status of a belief is determined by two factors: the evidence in favor of the belief in proportion to the epistemic risk one takes in believing. I have been testing out this theory in a couple of papers on the epistemology of testimony and the epistemology of disagreement.

In another project I take up some of the issues that I raise in my book, One Hour in Paris: A True Story of Rape and Recovery (University of Chicago Press, 2014). In One Hour in Paris I tell the story of my personal experience of rape and recovery, interweaving autobiographical facts with philosophical, neuroscientific, and psychological reflections in order to draw out the book’s central themes of trauma and gender inequality. One of the issues that I discuss in the book is the problem of recalcitrant emotions: fear in the acknowledged absence of danger. I have been exploring the epistemology of recalcitrant emotions in a couple of new papers, drawing out some connections between recalcitrant emotions, epistemic akrasia, and the perceptual theory of emotions.

Also, I have  been researching the issue of violence against women against the backrop of male privilege viewed as a kind of motivated ignorance. For this project I am drawing on Miranda Fricker's work on epistemic injustice as well as Charles Mills' work on White Ignorance. I have given a few conference presentations in this area, and also published some of it as 'public philosophy'.

2014. One Hour in Paris: A True Story of Rape and Recovery (University of Chicago Press).

2005. “Naturalized epistemology, or what the Strong Programme can’t explain,” Studies in History and Philosophy of Science, Vol. 36, 135-148.

May, 2017. "There is no liberal right to sex with students," Times Higher Education (with Maya J. Goldenberg, Karen Houle, Monique Deveaux, and Patricia Sheridan).