Whether driving to work or watching television, we use the Earth’s energy resources daily, contributing to pollution. A pressing issue is heating for buildings. In Canada, the energy consumption of homes and buildings accounts for one quarter of our greenhouse gas emissions, with a big proportion of that energy used toward heat.

A group of University of Guelph engineers, including professors Syeda Tasnim, Hari Simha, and Shohel Mahmud, are exploring the potential of solar air heaters to reduce energy consumption. These heaters absorb thermal energy from the sun to heat air, which is then circulated through buildings. To maintain a steady airflow rate, solar air heaters require a small amount of electrical energy. In many areas of Canada, there is ample electricity available, but in developing countries or isolated communities, there often is not a reliable, continuous supply of electricity. As a result, developing countries often use firewood or coal to heat buildings, which unfortunately leads to the loss of forests and further fossil fuel emissions.

The U of G researchers identified the use of thermoelectric generators—devices that convert temperature shifts directly into electrical energy—as having potential to eliminate the need for electricity to power solar air heaters. The team examined two different air heater configurations that integrated thermoelectric generators and used mathematical modelling to uncover how the different components of the solar air heater and the thermoelectric generators interact. The researchers then created an experimental prototype and used a solar simulator to test its potential for thermal energy generation. One of their two designs met the electrical energy requirement but lowered heat generation by between one and 6.25 per cent. The other design did not meet the electrical energy requirement, but the thermal energy generation was slightly higher when compared to a conventional solar heater.

“Our study is one of the first to dive deeply into the role that thermal energy generation can play in improving solar air heater design,” says Mahmud. “The designs we tested had pros and cons, but continued study will lead to optimized designs and provide a sustainable path forward for developing countries.” 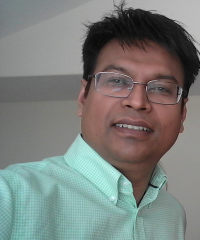 Shohel Mahmud is a professor in the School of Engineering