Experiments on how computers learn to see can improve self-driving cars and medical imaging.

With seemingly little effort, humans can describe the content of a photograph, summarize a video, and recognize a face. But for computers, this same type of “seeing” is decidedly more complex. Dr. Neil Bruce, University of Guelph computer science professor, is exploring computer vision—research that will lead to technologies that transform our lives, from self-driving cars to disease diagnoses.

Convolutional neural networks (CNNs) are a type of machine learning algorithm that enables a computer to see an image, classify it, and learn from it. When presented with an image of a duck, a computer can learn to distinguish characteristic features—the oval-shaped body and the rounded head with an orange protrusion. However, elements of the image, such as the background or angle, can complicate matters. CNNs can struggle to recognize depth of field and additional detail. Recent studies have shown that CNNs are biased toward classifying an image based on its texture, rather than its shape.

Bruce and colleagues conducted experiments to understand how computers detect an object’s shape in an image. The researchers used an image database to explore what type of shape information computers use to distinguish between elements in an image, where that information occurs, and when in the process it is learned by the system.

Analogous to the human brain, CNNs are made up of many layers of artificial “neurons”—mathematical functions that assess inputs and outputs. Bruce and the team found that a CNN learns shape information early in the process of image identification. They also found that the ability to correctly identify shapes in an image resides within the final layers of the network of neurons. Finally, they systematically removed shape- and texture- specific neurons and found that doing so impacted the system’s accuracy. When a system is trained using shape-based models, they are more reliant on shape-specific neurons.

“Our study has revealed important mechanisms that characterize a network’s ability to examine shape information within an image,” says Bruce. “These findings will lead to more trustworthy computer vision algorithms—critical in cases where computer vision is used to make life-altering decisions, such as cancer diagnoses.” 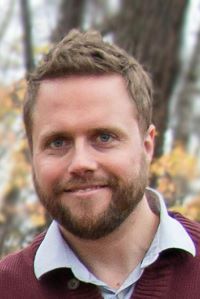 Neil Bruce is an associate professor in the School of Computer Science.