Electric and hybrid electric vehicles have been increasing in popularity in Canada and will soon be law: In the summer of 2021, Prime Minister Justin Trudeau announced that Canada would stop selling new gas-powered cars in 2035. The announcement, part of the government’s “2030 emissions reduction plan” is putting pressure on the development of zero-emission vehicles.

A shift to electric vehicles means not only fewer greenhouse gas emissions, but also reduced fuel consumption and maintenance costs, and, potentially, an improved driver experience. However, making the conversion from gas-powered engines to battery-powered engines brings complexities with vehicle design and function. In a typical gas-powered vehicle, the battery powers all the electrical equipment. In an electric vehicle the battery has a bigger role—propelling the vehicle forward—in addition to all the typical functions such as powering the headlights.

One of the main factors effecting the rapid adoption of electric vehicles is the cost of the battery. Lithium-ion batteries are one of the most used batteries in the automobile industry because they perform well at high temperatures, have high specific energy, have a long-lasting life and can be recycled. Most of these batteries do not require a dedicated cooling system. But as the battery temperature increases, it can damage other internal components. These damaged systems can then further decrease battery life and performance.

Moreover, in hybrid electric vehicles, the battery is often kept in the bottom of the engine bay, which results in significant vibration from the engine and transmission, or the trunk. Although techniques have been developed to manage battery temperature, there has been limited research to understand the impact of heat transfer on lithium-ion batteries under vibrational conditions.

University of Guelph School of Engineering professors Drs. Shohel Mahmud and Syeda Tasnim measured the changing temperature distributions of lithium-ion batteries under controlled vibration conditions. Their experimental study used three different battery discharge rates, three different vibration frequencies and three different amplitudes of vibrations. The discharge rate is the battery’s capacity divided by the number of hours it takes to charge or discharge the battery. Vibration frequencies are the rate or speed at which the battery vibrates. Amplitudes of vibration are the maximum distance the battery moves while vibrating. To measure the battery surface temperatures, the team used T-type thermocouples (a type of temperature sensor) and a forward-looking infrared camera to detect differences in heat (often used in surveillance, building inspections and skin temperature screening).

The team observed that the top of the battery did not uniformly increase in temperature. Instead, the temperature at the top of the battery increased faster initially before reaching an equally distributed temperature. Temperature also varied depending on the discharge rate, with the temperature increasing faster at the higher discharge rate. Notably, a higher vibration rate produced a higher temperature – with up to a 5⁰C difference being observed between batteries with and without vibration. The knowledge gained through this study can be used by the electric vehicle industry to inform the development of battery pack structure to decrease the influence of vibration on battery pack wear.

“Our current study examined the thermal field in a single cell and a battery cluster under the effects of vibration,” said Tasnim. “We hope our work will provide the basis for developing longer lasting and more affordable batteries, so that more Canadians can afford to purchase an electric vehicle in the near future.” 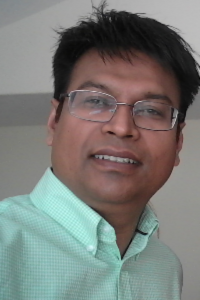 Dr. Shohel Mahmud is a Professor in the School of Engineering. 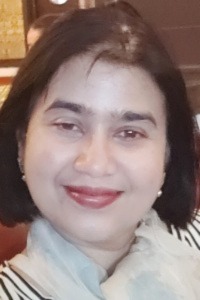 Dr. Syeda Tasnim is an Associate Professor in the School of Engineering.

This work was supported by a Natural Sciences and Engineering Research Council of Canada Discovery Grant.