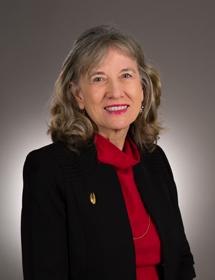 Over the course of her career in academia, Judy Zaichkowsky’s research in marketing and consumer studies has made waves in the industry, enhancing our understanding of why consumers behave the way they do. It is research that has early roots at the University of Guelph, where she earned her master’s degree in consumer studies in 1976.

Throughout her career, Zaichkowsky’s work has garnered international attention and been widely cited. Her 1985 paper on the involvement construct published in the Journal of Consumer Research has been recognized as one of the most cited articles in consumer behaviour and one of the most influential articles in the field of advertising. The University of Guelph recognized her research contributions in 2003 with a Centenary Alumni award.

Zaichkowsky says she was drawn to the University of Guelph by the MSc in Consumer Studies program, during which she started building on her interests in statistics and consumer research. She worked with a number of professors, including John Liefeld, with whom she collaborated on a study connected to the Department of Consumer and Corporate Affairs (now the Office of Consumer Affairs).

“My master’s thesis was a contribution to the discipline, hence publishable, due to its attention to detail” she said. “This research, in addition to other studies I completed following my time at Guelph, helped me get accepted to a top school [UCLA] for my PhD.”

In addition to researching, Zaichkowsky says she greatly enjoys connecting with colleagues, students and people all over the world. During her time at Guelph, she made a very important connection with fellow MSc alumna Rosemary Polegato, who is now a business professor at Mount Allison University. They have been close friends since their time at U of G and co-wrote five editions of a major consumer studies textbook.

Zaichkowsky’s career has also allowed her to travel around the globe and engage in work she loves. She emphasizes that being passionate about work you do is paramount in achieving success and career satisfaction.

“Do what you like. If you don’t like what you’re doing, change it,” she said. “You might study for four years, get that job and it doesn’t work. Just make sure whatever you do you are interested in it every day.”

"Just make sure whatever you do you are interested in it every day.” - Judy Zaichkowsky