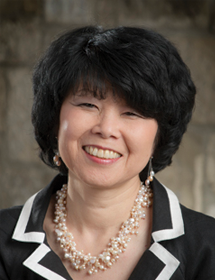 Climbing the corporate ladder is no easy feat, especially for women, who account for less than five per cent of CEOs of Fortune 500 and Fortune 1,000 companies. Karen Kuwahara, BASc. ’76, beat the odds and became president of a major pet food company.

Her journey started at the University of Guelph, where she took consumer studies with a business minor. “It was a great base for my career,” she says, adding that she enjoyed the program‘s multidisciplinary approach, which included core courses and electives that allowed her to explore other interests. She credits her business minor with helping her get into the MBA program at York University.

Learning the fundamentals of marketing research is essential for understanding consumer needs, and Kuwahara carried those lessons with her throughout her career. Her education at Guelph instilled in her that the consumer is always in control. Kuwahara says that "you need to understand the consumers unfulfilled needs before you can be successful." Some of her favourite professors included Janet Wardlaw. “She always stood out as such a great representative of Macdonald Institute,” says Kuwahara. Wardlaw was also the only female dean at U of G at the time.

In her first year at Guelph, Kuwahara stayed at Macdonald Hall, where she met one of her lifelong friends, who was a marine biology student at the time. “I knew nobody on campus, so it was a great way of meeting a lot of people,” she says of her time in the all-female residence.

After graduating from York, Kuwahara was recruited by Carnation, where she worked in sales and marketing for several years, followed by three years at Fabergé. In 1981, she joined what was then known as Ralston Purina, where she worked in marketing until she was appointed president in 2000. Two years later, the company was acquired by Nestlé and became Nestlé Purina PetCare Canada. “There was no such thing as a typical day,” she says. “It was always interesting and it was always challenging.”

Since retiring in December 2013, Kuwahara is looking forward to travelling the world. She travelled to Kenya, Tanzania, Zambia, Botswana  and South Africa. Her six nieces and nephews are eager to join her on her travels. “I’ve offered them the chance to travel anywhere in the world I haven’t been, so they’re all thinking of ideas of where to go,” she says. Most recently, Kuwahara has volunteered her time at the Toronto Pan-Am games as a Volunteer Operations Manager at the Toronto airport.

Having led a major company, Kuwahara advises other women with leadership aspirations to “be true to yourself.” Having confidence in their skills and abilities can help women reach the top, she adds. Wanting to instil confidence in girls and young women inspired her to volunteer with Big Brothers and Big Sisters Canada. “Feeling very fortunate in terms of what I’ve been able to do and accomplish, I wanted to give back to the community.”