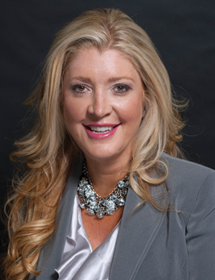 Lisa Lisson is president of FedEx Express Canada based in Mississauga, Ontario. Lisson leads a team of 6,000 employees at more than 60 locations coast-to-coast, delivering customer-focused international and domestic shipping solutions. Lisson joined FedEx Express as an associate marketing specialist in 1992. She quickly progressed and, in 2003, was appointed vice president of sales, marketing and corporate communications. She was appointed to her current role in October 2010. Lisson is the first Canadian and first woman to hold the post of president.

Under her leadership, employees have ranked FedEx Express as one of Canada’s best places to work, with a top-50 ranking on the Aon Hewitt Best Employers in Canada list in every year of her presidency. Lisson’s focus on service excellence and community engagement has also given FedEx a place among the 10 most respected brands in Canada. Lisson is named on the Women’s Executive Network list of Canada’s Most Powerful Women: Top 100, a rank she has held for three consecutive years. In 2012, she was awarded the Queen Elizabeth II Diamond Jubilee Medal in recognition of her achievements and work in the community.

Lisson holds a Bachelor of Commerce (Hons), University of Guelph. She is a devoted mother of four children and is passionate about access to quality healthcare for all children. In 2013, Lisson joined the Board of the Hospital for Sick Children Foundation. In 2015, she was appointed to the Board of the Canadian Council of Chief Executives.