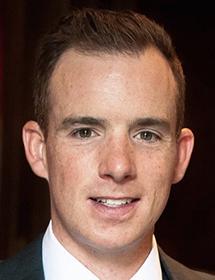 Running at the Olympic Games was never on Reid Coolsaet’s radar until he came to the University of Guelph in 1998. The Marketing Management alumnus developed as a distance runner and was part of top track and cross country teams. Today, he is recognized as one of North America’s top marathoners.

While Coolsaet started running competitively in grade six, his journey to international competition started after he received an invitation from the University of Guelph to join the track team. After touring the campus and discovering the Bachelor of Commerce program, he decided Guelph was the best all-around option for academics and running.

“Everything just spoke to me,” he said.

During his athletic career at the University of Guelph, Coolsaet was a part of multiple Canadian Interuniversity Sport (CIS) cross country champion teams.

Not surprisingly, one of Coolsaet’s fondest memories involves competing for the Guelph Gryphons, specifically his team’s unexpected CIS victory in 1999. According to Coolsaet, winning teams normally had All-Canadian runners and at the time, the University of Guelph did not have competitors at this level.

“We didn’t think we had a great shot,” he explained. “It was a really fond memory because we got to run the race together. We all had a good performance, but were not confident that it was good enough to win.”

Outside of training and competing, Coolsaet raises funds for Connecting Countries, a Hamilton-based charity that provides clean washroom facilities for schools in Kenya, where he has trained for a number of years. He is also making time for a new addition to his life, son Louis, and is looking at life in shorter sprints.

“I’m not really looking at four years down the road. I’m kind of taking things year by year,” he said. “My main focus is still marathon, looking to run faster and just trying to do the races I want to do. I’m also enjoying spending my extra time with Louis.”

“Everything just spoke to me.” - Reid Coolsaet on his decision to come to the University of Guelph