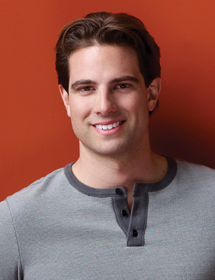 Even home improvement stars encounter unexpected disasters. Last season while renovating a house for his television show, Income Property, Scott McGillivray and his crew discovered the previous owner had dug the basement floor down so deep that it was actually lower than the home’s foundation. “We knew he had dug down a bit, but not how far,” says McGillivray, B.Comm. ’01. “It wasn’t until we removed the ugly panelling that was glued to the wall that we discovered the whole building was starting to collapse. ”Fortunately, McGillivray was there to save the day, but fixing the problem didn’t come cheap. The show helped cover some of the $50,000 price tag, but the homeowner was still hit with an unexpected expense. That’s just one of the obstacles McGillivray has experienced filming the popular home improvement show, now in its 10th season on HGTV and winner of multiple Canadian Screen Awards. It’s an impressive track record for a show that wasn’t expected to do well in the beginning. “People thought the topic was too specific,” says McGillivray. “But investing in real estate this way resonates with a lot of people.” McGillivray’s charm and good looks don’t hurt, either. His personal income property story began as a second-year U of G marketing management student looking for an off-campus house to rent. One of his courses required developing a business plan, so he used the research he did for that assignment to guide him as he took his first step: buying a house on Koch Street near campus, fixing it up and renting it to fellow students.

Building on that success, he bought two more homes the next year and realized he could make more money as a landlord than working at a regular job. Along the way, he became a licensed contractor and developed expert home renovation and carpentry skills. It was his talent as a carpenter that landed him his first TV job, working on designer Debbie Travis’ Facelift. Today, McGillivray, 37, has more than 100 rental properties, many of them multi-units, including 15 in Guelph. On Income Property, he’s helped more than 150 homeowners create their own rental units in both Canada and the U.S. He’s also appeared on other shows such as All American Handyman, Flipping the Block, Canada’s Handyman Challenge, Holiday Battle on the Block and From the Ground Up.

While his career has flourished, so has McGillivray’s family life. He married his wife, Sabrina, in 2008 and they now have two daughters, ages one and three. The family splits their time between residences in Toronto and Fort Myers, Florida.
“My wife and daughters are the best things ever,” he says. “They put things into perspective for me – I still work very hard, and I still work a lot, but my family is now a priority. I want to spend time with them, so I focus on working smarter, not harder, and being more efficient.”

“It’s amazing to look back and see that this all started with a school project and the decision to make it real by buying that first house,” says McGillivray. "There are always opportunities out there. Sometimes they are harder to find, but they are there."