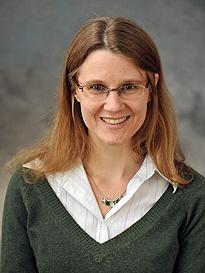 I am interested in the diversity of life: How many species are there? Why are some groups of organisms so much more diverse than others? How do environmental and biological traits influence speciation rate and rates of molecular evolution? Are there large-scale patterns in the history of life? My work involves combining DNA sequence data, organismal traits, information from the fossil record, and comparative analytical methods (the macroevolutionary analog of human twin studies) to address these questions. I additionally contribute to the Barcode of Life campaign and am developing approaches for using these vast DNA sequence resources for broad exploratory and hypothesis-driven biodiversity science. I have a particular focus on aquatic invertebrates and biodiversity of the arctic.

The Shape of the Tree of Life

All organisms on earth are inter-related, and this fact is often represented using the Tree of Life metaphor. I aim to understand the relationships amongst species and the factors that influence the shape of this tree. Why is it that some branches are so much more species rich than others? This work involves analyzing DNA sequence data to explore species relationships, followed by analyses to investigate the factors that influence speciation rate. One current project is a collaborative investigation of relationships and evolutionary rates within the diverse endemic amphipod crustaceans of Lake Titicaca in Bolivia and Peru.

Major transitions in evolution—such as the transition from aquatic to terrestrial life or the evolution of flight—have had vital impacts upon the distribution and very nature of biodiversity on our planet. I am interested in better understanding the frequency of such transitions and the rate at which reversals occur, as well as the consequences of such transitions for molecular evolutionary patterns and speciation rates. One ongoing investigation is testing the influence of important biological transitions (e.g. shifts among larval types and developmental modes) on rates of speciation and molecular evolution in invertebrates inhabiting the ancient lakes of the world.

I am also interested in the question of whether there are large-scale patterns in the history of life. Arthropods, being the most diverse animal phylum and possessing a modular body plan, are proving to be an excellent model group in which to investigate whether repeated evolutionary trajectories have occurred. I am pursuing research on the degree of segmentation in arthropods and patterns in the evolution of their limb structure. This line of research is providing new insights into the degree of contingency vs. predictability during evolution.

The Diversity and Integrity of Freshwater Ecosystems

How many species are there on Earth? This seemingly simple question has been posed many times but we still have only a rough estimation that there are likely between 10 and 100 million species. I am interested in answering this question more clearly for freshwater invertebrates, using molecular, ecological, and taxonomic methods to study the diversity, distributions, traits, and origins of species. I also aim to understand what kinds of species live together within defined ecosystems and what kinds of communities are resistant to invasive species.

The Diversity of Polar Life

Arctic life is experiencing great threats due to climate change as well as increased development and shipping. However, monitoring and managing arctic biodiversity is compromised by the fact that we do not even know how many species inhabit these regions, despite the modest biodiversity that is present. Using DNA barcoding, I aim to discover the true extent of arctic species diversity and to understand the geographical distributions and origins of arctic species. This work involves focused field collections and analysis of biodiversity at the sub-arctic site of Churchill, Manitoba, in combination with collaborative projects at other localities throughout the circumarctic region. I am also interested in the types of adaptations that organisms have undergone to be able to survive in polar conditions, and in learning to predict what kinds of southerly organisms are likely to invade or become problematic in the north during the course of climate change.