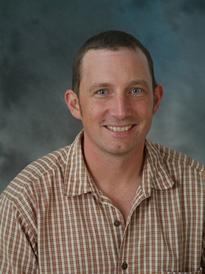 My training and research interests lie in the intersection of ecology and multivariate analysis. My formal university education started with a Master's degree on comparing the results of different multivariate methods when analyzing the fish and crustacean community structure of an estuary in Belgium. This thesis already included all the three aspects that will continue to play an important role in my research focus, aquatic environment, community ecology, and biostatistics. Since I wanted a more in-depth knowledge of statistics, I also completed a Master's degree in Statistics. For my PhD research, I studied zooplankton community structure of interconnected ponds. In the different ponds of the "De Maten", two opposing forces potentially shape local zooplankton community structure: different local environmental factors could lead to divergence of the zooplankton communities, while high dispersal rates could homogenize the connected communities (i.e. a metacommunity). My study investigated the relative influence of these local versus regional processes on local zooplankton community structure, diversity and dynamics. I used a complementary approach of both observational (coupled with specific multivariate statistics) and experimental data. I showed that both processes do occur, with local processes of primary importance, but with dispersal necessary to deliver the species adapted to different environmental conditions. My postdoctoral research at the National Center for Ecological Analysis and Synthesis continued with these exiting metacommunity questions, i.e. how dispersal through space (but also through time) influences local community dynamics. For one project I applied the methodologies developed during my PhD study on 158 data sets from different environments, communities, spatial scales, and dispersal modes. I found that local environmental variables with or without an independent dispersal component were the driving forces in structuring local community structure. This also clearly indicated that neutral community dynamics alone, currently a hotly debated subject in ecology, was only important in 9% of the data sets. Other projects looked at how metacommunity dynamics change through time as cladoceran communities establish in new pools; temporal metacommunity dynamics in annual dessert plants (with dispersal through time the perfect time analogue of dispersal through space); spatial, temporal and environment processes at different trophic levels in marine kelp ecosystems in the Channel Islands Marine Reserve of the California coast; comparing different dispersal abilities in freshwater organisms (both lake and stream organisms such as fish, macroinvertebrates, zooplankton, perifyton, ...).

During my first 15 years as a scientist, I focused on demonstrating the influence of dispersal on spatial patterns with a metacommunity approach in a range of organisms (zooplankton, bacteria, phytoplankton, fish in wetlands with different levels of connectivity. I complemented these studies with comparisons of metacommunity patterns in communities with taxa that have different dispersal constraints based on a priori identified traits, e.g., fish versus smaller organisms, communities in semi-terrestrial habitats, common versus rare species, plant species with different susceptibility to seed predation, mussel species with hosts that have different dispersal ranges, and generalist versus specialist species.

In addition to the influence of dispersal on spatial patterns, several of my publications started to incorporate the influence of dispersal on temporal patterns. Pandit et al. extended the influence of rare and common species to population synchrony in both experimental and empirical metacommunities. I was on the Advisory Committee of Belinda Ward-Campbell, and collaborated in analysing community responses through time to habitat modifications in stream fish and macroinvertebrate communities. Simon Denomme-Brown works with a small mammal monitoring data set with live trapping since 1969. He has quantified dispersal rates in this system for the most abundant species, and the next steps are quantifying these rates for all species in the system, conducting a meta-analysis on dispersal rates in small mammals across studies, and how these dispersal rates synchronize small mammal metacommunity fluctuations. Carolyn Trombley is studying the metacommunity structure of fish in the Virgin River (USA) and the impact of the invasive red shiner on the abundance, distribution, and temporal metacommunity dynamics of the critically endangered woundfin and other native species with a 23-year dataset of 19 fish species abundances sampled from 22 sites in the Virgin River. Joshua Cunningham studied community dynamics of 23 marine bird species with data extracted from the Global Seabird Data Portal in 396 colonies from British Columbia to Northern Alaska with consistent population estimates since 1970 for a subset of the species and colonies.

Several of my past and current graduate students applied molecular techniques to the study of metacommunity dynamics. Jennifer Gleason started her PhD in my lab in Fall 2017 and is co-supervised with Robert Hanner, Associate Director of the Canadian Barcode of Life Network. She will focus on studying macroinvertebrate metacommunity dynamics in heavily impacted riverine landscapes through eDNA, part of my focus on DNA barcoding. Human impact on the environment often results in both habitat degradation (a local process) and habitat fragmentation, which will influence dispersal characteristics of the landscape.

I also study the opposite flow of ideas, how ecological theory and ecological statistical techniques can influence molecular biology. As part of interdisciplinary collaboration that investigates transposable elements within genomes from an ecological perspective, we compared neutral metacommunity theory in ecology with neutral theory in molecular biology, and how to differentiate ecological from evolutionary processes at the genome level. And my current PhD student Brent Saylor applies these concept to species-like transposable elements within genomes.

To complement these individual projects, I have started a research program into more synthetic projects, such as philosophical/conceptual research projects. One of the first studies was a plea for consistent terminology of metacommunity concepts, because of confusion caused by the old terminology (the 4 paradigms sensu Leibold et al. 2004). Similarly, we wrote a manuscript that explicitly differentiates between metacommunity and biogeography scale. Often these scales are confused because both look at the relative importance of dispersal and environmental processes, but at the biogeographic scale there is the added complexity of how evolution interacts with both types of processes.

The second type of synthetic projects I participated in are meta-analyses: analyses of the literature that quantify and summarize the strength of an (ecological) hypothesis to detect the under what circumstances the hypothesis is important. We re-analyzed one of the oldest metacommunity tests, local versus regional richness plots, but this time with an unbiased statistical test. We found that 40% of the past studies came to wrong conclusions, and that this test should not be used any more in favour of more powerful and correct statistical tests. I was part of a large meta-analysis of stream insect metacommunities, which showed low predictability in the metacommunity signal. Finally, we performed a meta-analysis of laws in (community) ecology that was a combination of the philosophical/conceptual approach and an actual meta-analysis.