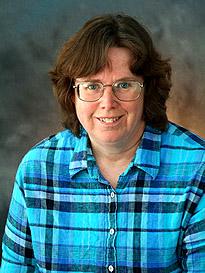 I became interested in genetics and evolution when I first learned about Mendel’s breeding experiments with peas in my 8th grade biology class. My interest in genetics continued as an undergraduate at the University of Windsor, where I also completed a Master’s degree on the population genetics of Daphnia, which reproduce by both cyclic and obligate parthenogenesis. My goal was to determine the genetic and evolutionary consequences of transitions to this mode of reproduction. I then continued this work as a PhD student at Washington University in St. Louis, where I learned the recombinant DNA techniques that would allow me to study genetic variation at the DNA level itself. While a postdoctoral student at the University of Illinois, Urbana-Champaign I became interested in the concerted evolution of multigene families, particularly the rDNA gene family, which encodes the RNA molecules of which ribosomes are composed. I saw the utility of Daphnia as a model system to study the impact of the loss of meiosis on the process of concerted evolution. In addition, I am interested in the interaction between the molecular processes, such as unequal crossing over and gene conversion, that cause concerted evolution, and natural selection to maintain the structure and function of the rRNA molecules. I also work on the population genetics of a DNA transposon, Pokey, which has been found to insert within a very specific region of the rDNA of Daphnia. This element is unusual among rDNA-specific elements in that it also inserts at many other locations within the genome.

The genomes of eukaryotes contain many DNA sequences that are repeated hundreds or thousands of times. Such groups of sequences are known as multigene families. It has been observed that sequence similarity among the members of a multigene family is high within species relative to similarity between copies from different species. This phenomenon is known as "concerted evolution".

Ribosomal DNA (rDNA) is an important multigene family that codes for the structural RNA molecules that make up ribosomes: the site of protein synthesis. One unit of rDNA consists of three genes encoding ribosomal RNA (rRNA) separated by intergenic spacers. The spacers contain sequences that control transcription of the rRNA genes, but they tend to diverge between species very rapidly, as do some regions of the rRNA genes called expansion segments. Despite this rapid evolution, these sequences maintain their function and they evolve in concert.

Due to variation in the rate of evolution in different parts of the same repeat unit, rDNA is an excellent model system with which to study the interaction between the molecular processes that cause concerted evolution, and natural selection to maintain the structure and function of the molecule. I primarily use freshwater crustaceans in the genus Daphnia as a model organism to study rDNA evolution as they contain unusually long expansion segments, and show variation in breeding system with some populations reproducing by cyclic and others by obligate parthenogenesis. In addition, a transposable element, Pokey, has been found to insert in a specific region of the rDNA repeat in Daphnia. Moreover, Pokey differs from other rDNA-specific elements in that it is a DNA transposon (the others are non-LTR retrotransposons), and also occupies genomic sites outside of rDNA.

Evolution of rDNA in natural populations

Rates of concerted evolution depend on recombination rate as well as rDNA copy number. We are studying the relationship between these parameters and their effect on rDNA sequence homogeneity in multiple species of Daphnia. We are also testing predictions based on the hypothesis that natural selection is acting on length variation in rRNA expansion segments, which evolve much more rapidly than core regions.

The relationship between rDNA copy number and Pokey copy number in natural populations of Daphnia.

The occurrence of Pokey elements in rRNA genes renders them non-functional, and thus, a minimum number of insert-free genes is required for organism viability. However, it is not known if Pokey is able to occupy all available rRNA genes, and if levels of Pokey insertion are correlated with rDNA copy number. We are studying the relationship between Pokey insertion level and rDNA copy number in multiple Daphnia species, and the impact of breeding system on this relationship. In addition, we are studying the interaction of Pokey elements in rDNA and the rest of the genome. For example, do they represent distinct element subfamilies, or do elements regularly move between rDNA and other genomic locations?

The impact of breeding system and genomic location on the evolution of Pokey elements.

It has been observed that transposons are less active in asexual organisms than in their close sexual relatives. Moreover, transposons are expected to occur less frequently in the protein-coding genes of asexual organisms due to interclonal selection. We are comparing the frequency of full-length, potentially active, Pokey elements to the frequency of degraded and inactive elements in Daphnia populations that do (cyclic) and do not (obligate) reproduce sexually. We are also comparing the location of Pokey elements throughout the genomes of Daphnia populations with different breeding systems to test the hypothesis that transposons are less active and less likely to be deleterious in asexual than in sexual hosts. This work is facilitated by the availability of the Daphnia pulex genome sequence.

The long term persistence of Pokey elements in Daphnia rDNA indicates that they have remained active. We are using yeast one-hybrid and yeast excision assays to determine what aspects of the element's and transposase sequence are minimally required for transposition. We can also test the ability of the transposase from one Daphnia species to mobilize elements from other Daphnia species and determine the relative activity of transposases from different species.