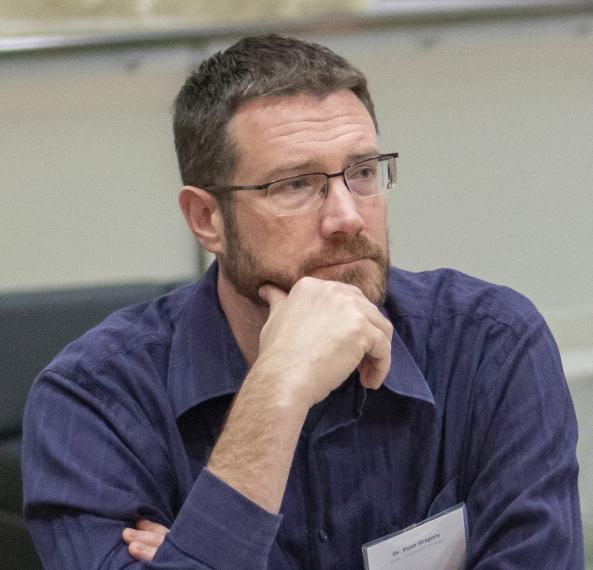 My interests in the life sciences are very broad and cover many different disciplines -- including genomics, cytogenetics, cell biology, morphology, behaviour, physiology, developmental biology, ecology, and palaeontology -- all linked by the unifying theme of evolution. Although my primary research focus is on genome evolution, I consider myself a biologist first, an evolutionary biologist second, and a genome biologist third. Most of my undergraduate education was based in organismal biology such as behaviour and physiology; my interest in genome evolution developed somewhat later, during the early stages of my graduate program, and has only increased since then. Nevertheless, I maintain a keen interest in the biology of organisms, and have sought to integrate genomics and organismal biology as much as possible in my research. In keeping with this, I am currently working to build a Division of Genomic Diversity within the Biodiversity Institute of Ontario, which will create further links between the study of genomes and of the organisms in which they reside.

In the most general terms, my research focus can be described as the evolution of genomes at large. In particular, my primary topic of study in this regard is the "C-value enigma" (less appropriately but still more commonly dubbed the "C-value paradox"), the complex puzzle relating to variation in nuclear genome sizes among eukaryotes. In animals alone, nuclear DNA contents vary more than 3,300-fold, with this variation bearing no relationship to the number of genes. A complete understanding of how and why genomes vary so much in size has remained elusive for more than half a century, and has become a more timely issue than ever in the post-genomic era. To address the causes and consequences of variation in genome size, my lab makes use of the compiled data in the Animal Genome Size Database (a comprehensive catalogue of nearly 4,000 animal genome sizes which I assembled in 2001) as well as large numbers of original estimates from a range of taxa. Using these broad datasets, we are conducting comparative analyses of genome size variation in different groups of both vertebrates and invertebrates in order to elucidate the general patterns of distribution among taxa and the relationships between genome size and diverse cellular, organismal, and ecological parameters (e.g., cell size, body size, metabolic rate, developmental complexity, geographical distribution, and species richness). In terms of original data, our primary focus is on invertebrates, which are badly understudied from the perspective genome size variation. Recent and current groups of particular interest include insects, spiders, crustaceans, molluscs, echinoderms, and annelids. More broadly, I am also interested in the evolution of key genomic components, especially transposable elements, that contribute substantially to genome size diversity. At a larger scale, I have an interest in the frequency and implications of whole-genome duplications (i.e., polyploidy), especially in animals.

My lab is continuing to develop a new method of computerized image analysis for the measurement of nuclear DNA content. This technique combines the advantages of more traditional methods like scanning densitometry and flow cytometry, and provides an efficient and comparatively inexpensive means of quantifying nuclear DNA. Ultimately, we and our close colleagues at other institutions hope to promote and facilitate the use of this technology among researchers in nations with high biodiversity but low research funding, and also in museums with wide access to specimens. My lab is also concerned with developing optimized protocols for image analysis and flow cytometry to allow the measurement of genome sizes from various types of tissues and from preserved material.

The extraordinary diversity of life on Earth can be studied from a variety of perspectives. Exploring the diversity of genome sizes represents one important aspect, but our lab has other interests in this area as well. For example, we maintain close ties to the Canadian Barcode of Life Network, which is developing a DNA-based method for species identification and discovery. We are also interested in exploring linkages (in both directions) between ecology, environment, and evolution at the organism level with patterns and processes of molecular evolution. More broadly, our focus on general questions in evolutionary biology means that we have a strong interest in investigating how biological diversity arises at all levels, from elements within genomes to species within biotas.

In order to understand the massive variation in eukaryotic genome sizes, it is necessary to acknowledge the genome itself as a level of biological organization forged by evolutionary processes acting at lower levels (i.e., within the genome). However, genome size itself influences and is also constrained by features at higher levels of biological organization. As such, the study of genome size evolution provides an ideal venue for the construction of a pluralistic and hierarchical conceptual framework for understanding the operation of natural selection and other evolutionary principles at multiple levels. An important part of my work involves the development of this hierarchical approach to genome size in particular, and an exploration of its implications for evolutionary theory in general.

One of my primary interests is in integrating diverse and otherwise disconnected fields within the biological sciences. This includes not only making genome size and other data widely available to researchers in a range of disciplines, but also the creation of explicit partnerships between biologists in different fields. Because every living thing possesses a genome, and because genome size can influence a great many cellular and organismal features, this area of research presents superb opportunities for partnership. For example, I have worked to increase cooperation and conceptual understanding between zoologists and botanists, between genome sequencers and genome sizers, and even between genome biologists and palaeontologists. Genome size study also provides ample possibilities to collaborate with cytogeneticists, bioinformaticians, cell biologists, physiologists, developmental biologists, phylogeneticists, ecologists and researchers in other biological fields.