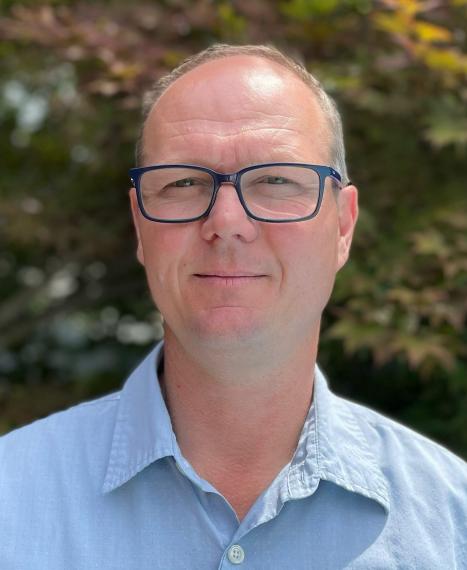 My interest in life history theory was driven by a naïve curiosity to understand why and how organisms constantly change and undergo remarkably dramatic transitions in their lives. My work on the quantitative genetics of life history trade-offs and sperm competition in flies with Dr Paul Ward and Dr. Wolf Blankenhorn at the University of Zurich introduced me to a much more conceptual approach to these questions. In addition I received a very good insight into plant and insect physiology with particular emphasis on hormonal signaling systems as an undergraduate at the University of Zurich. Without knowing how these two fields would later merge in my own research, I decided to study the life history of a marine polychaete species at the marine biological laboratory in Banyuls sur Mer (France) for my diploma thesis and observed for the first time metamorphosis and settlement in a marine organism. While I had seen metamorphosis happening before in flies and frogs, this metamorphosis struck me as something very unique.
Still, my own ‘metamorphosis’ occurred when I was introduced to a much broader array of marine invertebrate life histories and specifically metamorphoses when I took two summer courses at the Friday Harbor Laboratories (University of Washington) in 1999. During this summer my interest in metamorphosis and endocrinology suddenly merged when Dr Jason Hodin introduced me to the fascinating idea that vertebrate thyroid hormones may be involved in echinoderm metamorphosis. This idea later developed into my Ph.D. project which I did in the lab of Dr Larry McEdward who had also been a teacher of the summer classes. Larry introduced me to many new aspects and concepts of larval development and metamorphosis. I started my Ph.D work in the fall of 2000 at the University of Florida and spent several summers at the Friday Harbor Labs conducting research and/or teaching. My Ph.D project focused on the role of thyroid hormones (THs) in echinoderm larval development and metamorphosis and its implications for the evolution of alternative life history modes.

Towards the end of my Ph.D that was later advised by Dr David Julian, I began an interesting side project in collaboration with Dr. Leonid Moroz, on nervous system development of the sea hare Aplysia californica, a model system for learning and memory. This project eventually developed into my post-doctoral work at the Whitney Laboratory (University of Florida). Using functional genomics approaches, we focused on transcriptional changes during larval development and metamorphosis.

My research focuses on understanding molecular and physiological mechanisms underlying life history transitions and their evolution in marine invertebrates with particular emphasis on metamorphosis and the role of hormonal signaling systems in this process. Moreover I am placing this question back into the context of how the environment modulates such mechanisms on a molecular-cellular level. I have employed experimental, physiological and more recently functional genomics approaches. Currently my lab is pursuing research in the following fields: 1) Iodine & Thyroid Hormone Signaling in Marine Ecosystems 2) Functional Genomics of Larval Development, Metamorphosis and Settlement in Aplysia californica 3) Function and Evolution of Sensory Signaling Systems in Selected Marine Invertebrate Groups.

Metamorphic life histories evolved in many animal taxa and diverse habitats. Many metamorphoses are coordinated by hormones. For example, thyroid hormones (THs) regulate virtually all aspects of amphibian metamorphosis and juvenile hormones and ecdysteroids are critical for regulating molting and metamorphosis in insects. Intriguingly, changes in the production, regulation and/or tissue-specific response of these hormones may lead to the evolution of alternative life histories. Since insect and amphibian metamorphoses likely evolved independently, this is a striking example of homoplasy (i.e. convergence, parallelism and reversal) at the level of regulatory mechanisms underlying complex developmental programs.

It has recently been suggested that THs can also function in non-chordate animals with distinct body plans but otherwise comparable metamorphic transitions (Heyland et al. 2005). For example, in echinoid larvae (sea urchins, sand dollars), TH-like molecules can be endogenously synthesized, exogenously derived from ingested phytoplankton, or both (Heyland et al. 2006a,b; Heyland and Moroz 2006). When applied to developing echinoid larvae, THs induce changes in development, including alterations of morphogenesis and growth. Moreover, THs regulate metamorphosis via short-term changes in settlement (Bishop et al. 2006). Preliminary comparisons of related echinoid species with feeding larvae (i.e. that require food to develop to metamorphosis) and non-feeding larvae (i.e. those that do not require food to develop to metamorphosis) suggest that changes in endogenous hormone synthesis and signal transduction may have facilitated the evolution of non-feeding development from feeding development (Heyland et al. 2004; Heyland et al. 2005). As such, THs in echinoids perform functions analogous to those in chordates (and to juvenile hormones and ecdysteroids in insects). In addition, exogenous sources of THs (i.e. phytoplankton) may represent an important component of trophic connectivity among organisms in marine ecosystems.

The majority of invertebrate phyla are marine (approximately 28 out of 32) and many of them evolved metamorphic life histories. This provides a broad comparative framework for studying the mechanistic bases of these complex life histories. My long-term goal is to gain insight into the signaling architecture underlying larval development and metamorphosis in selected marine invertebrate groups with particular emphasis on hormonal signaling. This will elucidate 1) the extent of homoplasy in mechanisms across phyla and 2) whether evolutionary changes in hormone signaling caused changes in life history modes, as appears to be the case for insects and vertebrates (3, 8). The short-term goal is to expand my work on the role of TH in larval development and metamorphosis of selected echinoid species and to test specific hypotheses regarding the role of these hormones in the evolution of non-feeding development.

The sea hare Aplysia californica has been used extensively as a model system to understand physiological and cellular mechanisms underlying learning and memory. Still, molecular mechanisms underlying these processes have been, until recently, poorly understood. Large scale sequencing projects including the Aplysia neuronal transcriptome (Moroz et al. 2006) and the Aplysia genome (to be announced) have significantly contributed to our understanding of how these fundamental processes in the Aplysia function on a molecular level.

In collaboration with Dr. Leonid Moroz (University of Florida), my lab is focusing on expanding our understanding about the mechanisms underlying the development of the Aplysia central nervous system and its modifications during larval development and specifically metamorphosis. Using functional genomics tools such as microarrays, in situ hybridizations and functional gene knockouts in the sea hare we 1) identify key regulatory nodes in the gene regulatory network patterning the Aplysia CNS (central nervous system) and 2) identify target genes involved in specific behavioral changes which occur during the metamorphic transition such as changes in feeding and locomotion.

Using this approach we were able to identify novel neuropeptides and nuclear hormone receptors, potentially involved in the regulation of early development and the metamorphic transition of Aplysia californica. Moreover we gained new insights into the development and function of the neuroendocrine system of the sea hare. To this end we are validating these targets and functionally test them in both development and the mature CNS.

Over the past years, a range of invertebrate genomes have been completely sequenced including several marine representatives [Strongylocentrotus purpuratus (sea urchin), Ciona intestinalis (sea squirt), Trichoplax adherens, Aplysia californica (sea hare), Brachiostoma floridae (lancelet), Capitella sp. I (polychaete worm) Lottia gigantean (Limpet), Nematostella vectensis (sea anemone)]. In collaboration with Dr Leonid Moroz, we are complementing several of these projects with transcriptome data. Specifically, we used standard and innovative massive parallel sequencing systems (e.g. 454 Life Sci pyrosequencing) and have obtained more than 900,000 expressed sequenced tags (ESTs) from representative of these species. The existing collection is the largest database available from the Lophotrochozoa superclade of the animal kingdom and from Placozoa. Work with these transcriptomes has not only helped to clarify the position of these organisms within metazoan phyla (Bourlat et al. 2006) but also revealed many new interesting neuropeptides and transcription factors that appear to have been evolutionarily lost in the ecdysozoan or vertebrate model systems (Moroz et al. 2006).

Several research directions currently pursued in my lab are designed to answer fundamental questions about the interactions between genotype and phenotype and the modulation of this interaction by the environment. By taking advantage of this novel sequence information and combining it with functional genomics tools, we are addressing questions such as: 1) What is the regulatory architecture underlying the metamorphic transitions in marine invertebrate species or more specifically: how to marine invertebrate larvae that have reached metamorphic competence modulate environmental sensory input ultimately leading to the dramatic morphological and physiological changes seen during the metamorphic transition? and 2) How do organisms such as Trichoplax adherens that have a comparably simple tissue organization coordinate behaviors (feeding, locomotion, mating etc.) in response to environmental cues?

Trichoplax adherens is the only known member of the phylum placozoa. It has only four cell types and reproduces asexually by binary fission or budding (production of swarming life history stages). A molecular signature for sexual reproduction has also recently been confirmed (Signorovitch et al. 2006). Its simplicity, basal position and easy laboratory maintenance make it an ideal organism to study cell identity and function in the context of exciting evolutionary questions, such as the origin of neuron-like cells and their genetics repertoire (pro-neuronal genes).