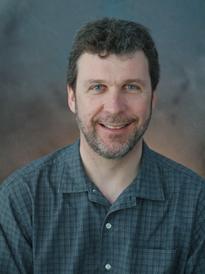 My interest in plant population biology and evolution developed early in life through many hours of hiking and working in the Rocky Mountains of Canada. This led to a M.Sc. degree in which I investigated the biology of submerged aquatic plants and focused my interests on the ecology of small, isolated plant populations. For my Ph.D., I shifted my focus to the genetic and evolutionary aspects of small populations in a project on genetic drift and mating system variation in a South American aquatic plant. As a Postdoctoral Fellow, I continued this line of study, this time studying inbreeding and its negative consequences. Since coming to the University of Guelph, my research interests have diversified to include:

I am currently a member of the Canadian Society of Ecology and Evolution, Society for the Study of Evolution, American Association for Higher Education and Botanical Society of America. I am an Associate Editor for the Proceedings of the Royal Society, B, and member of National Recovery Teams for Red Mulberry and American Chestnut.

My research and that of my lab group is focused on the ecology and genetics of plant populations. We study the mechanisms regulating genetic diversity and phenotypic evolution in plants, and, conversely, how evolutionary processes (drift, gene flow, adaptation, genetic diversity) affect the ecological function of populations (reproduction, growth, persistence, extinction). To understand these relationships we focus mainly on plant genetic systems, those reproductive attributes that govern mutation, gamete formation, pollination, fertilization, and organization of genetic diversity in populations.

Currently, my lab is involved in four related research areas:

I. Ecology and genetics of small populations

All populations contain a finite number of individuals, particularly those populations in restricted or marginal habitats or disturbed or fragmented landscapes.  This can have a profound effect on mating patterns, genetic diversity, and ecology, with important implications for conservation and the evolutionary process. We have explored these issues through studies on endangered species, effective population size, metapopulation dynamics, the effects of drift on mating system evolution, inbreeding depression, and the mechanisms by which hybridization causes extirpation of rare species.

Genome duplication above the diploid state (a.k.a. polyploidy) is widespread among plants and animals and is particularly common in flowering plants and ferns. Its prevalence in plants (and absence in many animals) has long puzzled biologists and recent mathematical models still argue that polyploidy should rarely evolve in sexual organisms with non-overlapping generations. Our research uses plant species with natural variation in ploidy (Chamerion, Galax, Malus) and mutagens that induce genome duplication to explore two major hypotheses: 1) genome duplication has a disproportionately large influence on rates of species diversification; 2) it enhances the adaptive potential and, hence, persistence of lineages that bear it.

Plants exhibit a bewildering array of breeding systems, reflected by variation in gender, floral form and display, mechanisms of pollen transfer, and pathways of fertilization and seed maturation. Accounting for this sexual diversity is important because of its significance for population persistence, reproductive isolation and the organization of genetic diversity within and among populations. It also provides a useful focal point for studying the mechanisms of microevolution such as gene flow, genetic drift, and selection. Our research currently focuses on two aspects of plant reproduction: the evolution of self-fertilization versus cross-fertilization (mating system), and the adaptive significance of dichogamy (temporal separation of male and female function). In both cases we are using comparative analyses, manipulative experiments and multi-generational selection studies to understand the evolution of these traits.

The importance of genetic diversity (mutation, gene flow, drift, heritability) to adaptive evolution is widely recognized, but it is less clear whether and how it affects ecological function and viability of populations. Understanding the ecological consequences of genetic diversity also have implications for conservation, restoration practices. Using a combination of genetic markers and manipulative studies, our research on hybridization between American and Eurasian chestnut (Castanea), Asian and native mulberry (Morus) and domestic and native apples (Malus) has allowed us to explore the conditions favouring gene exchange between species and the impacts on seed production and establishment. In addition, paternity analysis, flow cytometry and experimental crosses are being used to examine patterns of mating and the effects of mate diversity on reproductive success in domestic and native species.

We are part of a national collaborative effort (comprising 4 labs) to develop barcoding tools for plants. The group has published one of the most extensive evaluations of potential barcode regions and has been instrumental (along with 3 other international groups) in facilitating an international agreement on a standard barcode region for land plants . Equally important we are advancing and exploring the applications of this tool for studies in ecology (belowground community structure and function) and evolutionary biology (phylogeography).

Ecology and Genetics of Small Populations

As an instructor, my goal is to instil a love of discovery and personal motivation for learning at both undergraduate and graduate students. I have taught several undergraduate courses (Foundational Biology, Introductory Ecology, Plant Diversity and Evolution, Evolutionary Ecology), ranging from first to fourth year, as well as graduate courses such as Advances in Evolutionary Biology.

As Associate Dean Academic for the College of Biological Science, I am deeply invested in program development, curriculum reform, student support (awards, outreach, enrichment programs, student advising, early detection of risk) and instructor support through peer-consultation programs, summer research assistantships and teaching practice (Office of Educational Scholarship and Practice). I support and participate in scholarly approaches to teaching and learning that advance the student experience and best teaching practices.