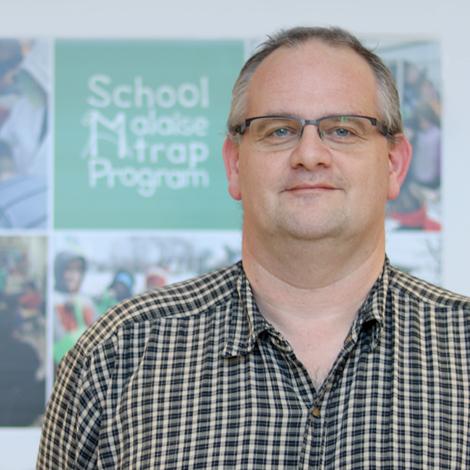 I have a passion for aquatic life specifically fishes ever since my father and I kept and bred many ornamental fish species in various tanks at our home. Despite this started my professional life as a gardener before moving on to University and doing my MSc research on the molecular systematics of the land snail group Helicoidea at the Ecology & Evolution department at the Goethe University in Frankfurt. My doctorate research at the University of Konstanz on gene and genome duplication and the evolution of novel gene functions in vertebrates brought me back to fish. In 2006, joined the Biodiversity Institute of Ontario – Centre for Biodiversity Genomics (CBG) as postdoctoral fellow. I have been involved in DNA barcoding research since its early days. Among other things I coordinated MarBOL, an international research program to barcoding marine species, supported by the Alfred P. Sloan Foundation in New York City. I served as CBG’s Associate Director of Education & Outreach from 2012-2017. During my tenure I initiated an influential blog, edited a quarterly newsletter for the barcode research community, and developed an experiential biodiversity learning program for students in grades K-12. I am also the developer and instructor for three online courses in the field of DNA barcoding that are offered through the University of Guelph’s distance education portfolio. Early 2017, I took on the role as Associate Director for Research Coordination managing CBG’s research portfolio and in particular its activities within Food from Thought.

My research program focuses on various themes at the intersection of evolution, ecology and genomic science.

Functional incompatibility between mitochondrial- and nuclear-encoded components of gene complex responsible for oxidative phosphorylation (OXPHOS) is increasingly becoming recognized as important cause of post-zygotic isolation. The need for coadaptation, the challenge of co-transmission, and the possibility of genomic conflict between mitochondrial and nuclear genes have profound consequences for the ecology and evolution of eukaryotic life. DNA barcodes can provide measures of intra-specific variation across the distributional geographic range of species and are perfectly suited for locating source populations for testing fitness effects of inter-population hybrid crosses. My research aims to

quantify the role and frequency of the OXPHOS pathway in contributing to outbreeding depression for diverse animal groups. By looking at transcription (or translation) profiles of hybrids of varyingly divergent populations I am trying to understand where the OXPHOS system begins to break down and causes post-zygotic isolation in different groups of taxa.

Coevolution of Complex IV in fishes

Some of my research involving mitochondrial genome sequences of some 500 fish species showed instances of concerted evolution among mitochondrial subunits of Cytochrome c Oxidase (Complex IV). Corresponding increased rates of evolution and positive selection were observed for COI, COII and COIII. Rate changes detected in these preliminary studies correlated with certain life history parameters and physiology, such as amphibious behaviour, and the ability to adapt to extreme conditions (salinity gradients, hypoxic conditions). A next step will be the sequencing of the remaining nuclear Complex IV subunits to test if this pattern persists and could be attributed to functional changes in the protein complex.

Past DNA barcoding work has revealed that quite a few species in well-studied groups possess deep ‘intraspecific’ barcode divergences which sometimes represent a cryptic species complex involving taxa whose morphological differences went unnoticed until barcode results provoked a second look. Other taxa may actually represent an assemblage of species for which we are simply lacking the means to identify potential differences in diet, behavior, or physiology. I am trying to understand if cases of deep barcode divergence can be explained by dietary niche differentiation. Unfortunately, detailed dietary information on most species is lacking. A few in vivo feeding trials and gut content analysis have been used to gain more insight, but these approaches are time consuming and only reveal dietary habits during a short time span prior to sampling. These may be misleading or incomplete as some species switch diet during their development, actively mix diets for nutritional balance, or feed opportunistically. Stable isotope analysis has the potential to overcome these obstacles as isotopic ratios reflect an organism’s dietary history integrated over its lifetime rather than only its most recent food source.