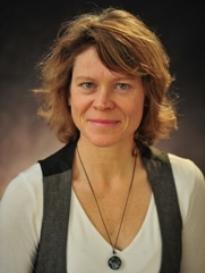 As a senior undergraduate research student at McMaster University, I worked in the lab of Dr. Chris Wood and conducted experiments on ammonia transport across the gills of rainbow trout. This led me to graduate studies at the University of British Columbia under the supervision of Dr. Dave Randall. There I continued studying gas exchange and ion transport in fish. As a postdoctoral fellow at the University of Ottawa, I worked with Drs. Tom Moon and Steve Perry on glucose metabolism. Later I studied mammalian kidney metabolism at NIH as a postdoctoral fellow working with Dr. Mark Knepper. The research in my lab is now focused on how fish and other aquatic animals cope with environmental challenges, with particular interests in amphibious fishes and early life stages.

Research in my laboratory is focused on osmoregulation and respiration in aquatic animals. I am interested in how animals maintain homeostasis with changes in the external environment. We study the interaction between the animal and its environment from early development to adults in fish and amphibians.

A Fish Out of Water

Amphibious fishes spend part of their life out of water, either daily, seasonally or at a specific life stage. Early work explored the various air breathing organs that amphibious fish use to respire out of water. Much less is know about amphibious fish that respire through the skin. Our work is focused on an unusual amphibious fish that appears to use the skin as the primary respiratory surface when on land. The self-fertilizing, hermaphroditic mangrove rivulus Kryptolebias marmoratus inhabits mangrove forests of the southern US and South/Central America. These tiny fish (~100mg) tolerate a wide range in water temperature, pH, salinity, oxygen, hydrogen sulfide, as well as prolonged air exposure. What strategies do they use to cope with life out of water? We discovered that rivulus excrete gaseous NH3 across the skin during air exposure, a nitrogen excretion strategy similar to terrestrial gastropods and isopods. The skin is also an important site of ion and water exchange in air-exposed rivulus. Gill morphology is reversibly remodelled when the fish move between water and land. But how does gill remodelling impact respiration when rivulus return to water? Why do rivulus leave water (emerse)? Why are some fish able to survive out of water for longer periods than others? These and other questions are currently under investigation in the lab, as well as in the field (Belize).

The early environment surrounding a developing embryo often shapes the adult morphology, physiology and behaviour, in other words the developmental process is plastic. We are interested in how water temperature and/or oxygen levels during critical windows of early zebrafish development alter the long-term thermal and hypoxia tolerance of the adult fish. We are also interested in whether developmental plasticity or adult acclimation both influence thermal preference in eurythermal mangrove rivulus. As well, mangrove rivulus embryos survive and hatch out of water, a possible physiological advantage because air holds ~30x more oxygen than water. We are studying the developmental consequences of early air exposure in mangrove rivulus. These and other projects address the fundamental relationship between genetic and environmental influences on the adult phenotype.

Although fish generate and excrete ammonia, elevated ammonia in the environment can be a deadly poison. We are studying pathways involved in ammonia detoxification. Brain glutamine synthetase is an important enzyme involved in reducing ammonia levels. Alternative nitrogen excretion pathways may also be effective in reducing the uptake of ammonia and/or eliminating excess tissue ammonia. We are studying a new class of ammonia transporters belonging to the Rh family of proteins. Rh genes are upregulated in the gills, kidney and skin of mangrove rivulus, carp, goldfish and trout in response to environmental stress. Work is underway to understand how these proteins function and if they are involved in ammonia excretion.