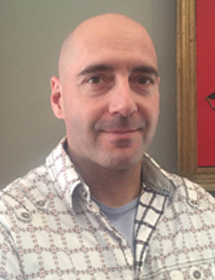 Growing up on a farm in Alexandria, Ontario, (just east of Ottawa) Darcy MacDonell had many aspirations for his career. However, his career paths almost always included hospitality and food. His parents would often host gatherings of up to 100 guests for barbeques or fish fries, so it is no surprise when he found his calling as the self described “F.O.O.D” (Farm boy, Owner, Operator and Director) at the Farmhouse Tavern – a rural Ontario inspired farmhouse restaurant - and The Daughter – a more casual restaurant (located across the street from the Farmhouse Tavern) in downtown Toronto, Ontario.

Upon graduating high school, Darcy headed west and attended Algonquin College for entrepreneurship studies. After 10 months in Alberta, working at various ski resorts in Banff, Darcy was looking for a change. Encouraged by his brother, who attended Guelph for Agricultural Science, he enrolled in Guelph’s Bachelor of Commerce program for Hospitality and Food Administration (HAFA). His journey of owning a restaurant was about to begin.

Darcy attributes much of his personal and professional growth to two major events. During his 3rd year as a HAFA major, he spent a semester abroad in Europe. This travel experience opened his eyes to unique culinary cultures including France, Spain and Italy. It was also at Guelph where he met Bruce McAdams, assistant professor at the School of Hospitality and Tourism Management and a former VP of Operations at Oliver & Bonacini Restaurants/Jump Restaurants. Upon graduating, Bruce hired Darcy to manage the front-of-house operations. He subsequently landed positions managing SIR Corp in Burlington and La Société bistro in Toronto. Throughout his career, Darcy’s key to success was to develop strong relations to customers and suppliers. Most of who followed him when he opened his Farmhouse Tavern in 2012 in Toronto’s Junction district.

When asked if he had any advice to future Gryphon’s about to enter into the business world, Darcy emphatically says that graduates should pick their boss over any specific job or salary. He states that the right boss “will get you way further ahead in your career than just settling for a high paying job.”

With a 2 ½ year old daughter and two restaurants (without any managing partners or investors), Darcy has quite the busy schedule. However, with a Master of Arts in Leadership from the University of Guelph, he also sees himself continuing to teach the next generation of hospitality and food professionals. Darcy has previously taught at Niagara College, was a member of the board for George Brown College's School of Hospitality and Tourism Management and the University of Guelph's School of Hospitality, Food and Tourism Management .

“When looking for a job, pick your boss over the higher paying starting salary. The right boss will get you way further ahead in your career ”  – Darcy MacDonell