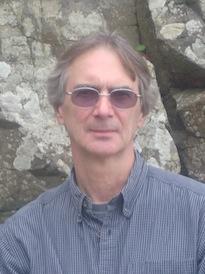 My research seeks to uncover the mechanisms controlling the survival of cells under stress. Cellular stress can trigger a process of self-destruction known as apoptosis. Stress-induced apoptosis is initiated by the release of cytochrome c from the mitochondrial intermembrane space into the cytoplasm leading to the activation of a specific family of proteases known as caspases. Once activated the caspases dismantle the cell, converting it to a form that can be recognized and removed by phagocytic cells. Cells have devised numerous strategies to prevent unintentional activation of the apoptotic death pathway. These safeguards allow cells to cope with minor fluctuations in their environment. One of these adaptive responses to stress is the coordinate upregulation of a family of proteins known as the heat shock proteins ( hsp ). These proteins play essential roles in protein folding and are commonly referred to as molecular chaperones. Although it was realized soon after their discovery that these proteins have general cytoprotective properties it was only recently that they were shown to block stress-induced apoptosis. The specific aims of my research are to determine how heat shock triggers the apoptotic program and how this process is inhibited by the heat shock protein hsp70.