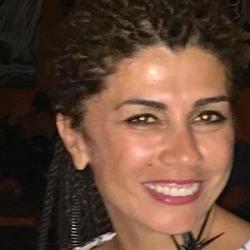 My research interests lie broadly within the area of cross-cultural psychology. To date, my work has primarily examined a wide range of factors  that could help to understand adaptation processes of immigrants and international students, including studying resilience, acculturation  strategies, and ethnic and national identity. I have a commitment both to the theoretical and the applied aspects of cross-cultural psychology. An  essential characteristic of my research activities, as a cross-cultural psychologist, is that studies are conducted across cultures or across  different ethnic groups within a culture. In a series of studies using samples from Canada and elsewhere, I have developed a theoretical  framework, the Multidimensional Individual Differences Acculturation (MIDA) model. Building on the original study (Safdar, Lay, & Struthers,  2003), I subsequently tested the MIDA model in three countries, the United States, the United Kingdom, and the Netherlands (Safdar, Struthers,  & van Oudenhoven, 2009) and in Canada with rural and urban Eastern European samples (Safdar, Rasmi, Dupuis, & Lewis, 2009). The  examination of the model across culture and within Canadian society has continued with Indian and Russian immigrants in Canada (Safdar,  Calvez, & Lewis, 2012), as well as an examination of the model using longitudinal data (Rasmi, Safdar, & Lewis, 2009) and has led to it being an increasingly recognised contribution to the literature on acculturation. I have also written a review paper comparing the MIDA model with other contemporary acculturation models (Safdar, Chuong, & Lewis, 2012).

In addition, I am interested in studying the psychological meanings of clothing across cultures. In my recent works, I have examined the relation between clothing, ethnic identity, and acculturation.

The unifying goal of my approach, whether teaching small or large classes, is to facilitate students’ successful learning in a flexible climate that is safe and supportive, while taking into consideration the diversity of students’ learning preferences.

I have held academic positions in various universities outside of Canada, including:

Only selected publications since 2012 have been included.