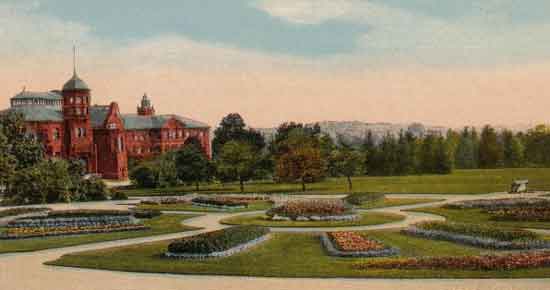 Since its creation in 1907 the Department of Agricultural Economics and Business has excelled in research, teaching and service in the economics of food systems. While early work focused on farm management, through the years the focus has broadened to include the study of issues related to trade, policy, resources and new technologies. The scope of study has also grown to incorporate all parts of the food system from farm to fork. Teaching responsibilities have expanded from traditional courses in agricultural economics to include a variety of business courses in accounting, marketing, operations and strategy. The delivery of courses now includes distance offerings and short courses.

Today the Department's mandate includes service to students at the University of Guelph and Canadian and International Policy institutions and Agri-Food sectors. The building which houses the Agricultural Economics and Business department is named in honour of the University's first president, John Douglas MacLachlan. In 1950 he became OAC President and for ten years worked to expand the importance of his college for Canada and the world by promoting scientific research, both on campus and through extension projects. During the 1960s Dr. MacLachlan played a central role in establishing the University of Guelph: he helped to formulate the vision that brought together the University’s three founding colleges – OAC, the Ontario Veterinary College and Macdonald Institute – and in 1964 became the first president The Department places a strong emphasis on teaching excellence and faculty members have won numerous teaching awards. Similarly, faculty and graduate students have received national and international awards for their research. The result is that "Guelph is considered the top Canadian graduate program in agricultural economics." (Perry, 2000). The atmosphere around the Department is informal and collegial. It is a friendly and stimulating environment for both faculty and students. 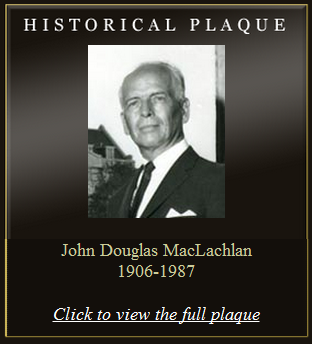 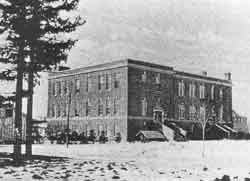 Our first home was located in the Poultry building ...

Following this, the department relocated to the Dairy Building... 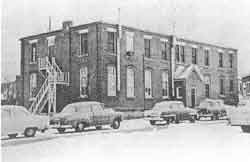 Third home was located in the Nutrition building ...

Our fourth home was in Day Hall which still stands next to the MacKinnon building just North of the cannon...

Finally, our current home in the J.D. MacLachlan building facing out on to Johnston Green...
Images courtesy of the University of Guelph Library Archives.