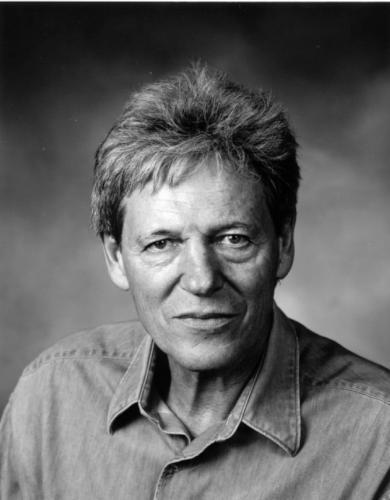 In the University President's Dialogue in 2006 describing the reason for the special distinction of University Professor Emeritus, the President said: "John McMurtry is an internationally recognized scholar and University professor emeritus-elect who has made outstanding contributions in the discipline of philosophy. A Fellow of the Royal Society of Canada and a President’s Distinguished Professor, McMurtry is known for being engaged both in the classroom and the community. He studies the philosophies of politics, economics, education, literature, history and the environment, and his work has been published in more than 150 books and journals. Most recently, he has focused his research on the value structure of economic theory and its consequences for global civil and environmental life. McMurtry was selected by the United Nations as organizing author and editor of Philosophy and World Problems, which will be included in the Encyclopedia of Life Support Systems."

Fellow of the Royal Society of Canada

Since full-time research leave, I have respnded to two main streams of requested research publication and communication. The first has been keynote lectures, conference papers, articles and chapters with a unifying concern - to lay bare the value syntax of the now ruling world system and its reflective realms of philosophy and theory as blind in principle to their common life-ground and its universal necessities at organic and ecological levels. Logic and scientific method, the nature of the mass media, 9-11 and the 9-11 wars, the corporatization of higher education, and social justice theory have been interconnected areas of this deep-structure analysis. My work in these and other areas is also featured in a full-length film (Zeitgeist), periodic public radio interviews from Chicago-New York (Progressive Radio Network) and other international venues.

My second and principal research and publication stream over the last seven years has followed from the invitation by the Secretariat of UNESCO/EOLSS (Encyclopedia of Life Support Systems, Paris-Oxford) to construct, author and edit Philosophy and World Problems as an online multi-volume study relating world philosophies East and West to the determining problems of life on earth from the past into the present global crisis. Three sub-volumes entitled Modes of Reason, Western Philosophy and the Life-Ground, and Philosophy, Human Nature and Society have been constructed and edited with distinguished philosophers contributing to five topic areas in each of these general fields. The longer title study by me is an encompassing step-by-step critical study of world philosophies across fields to explain the inner logic of each canon and school in relationship to universal world problems across cultures and times towards principled resolution in life-coherent terms (as spelled out at the end of this webpage). This research program under the auspices of UNESCO has deployed the new ground and method of life-value onto-axiology to excavate, explain and resolve life-blind presuppositions of the world’s major thought-systems from the ancients East and West to Modern and Contemporary Philosophy, including related theories of the social sciences. The underlying core assumptions and principles of each thinker and school have been critically explained and related to the world in light of three related meta questions:

(1) What are the ultimately regulating principles underlying the distinguishing concepts, arguments and theories of each?
(2) Where do they most deeply fail to take life-and-death issues into account and otherwise mislead us in how to think and live?
(3) How can reason, felt being and action - the ultimate fields of value - comprehend and enable individual, social and ecological life in more coherently inclusive ways across differences and distances?

By following these lines of question through humanity’s most influential theories of what is real, true and good, life-value onto-axiology moves underneath dominant specialty divisions which have increasingly lost their life bearings amidst planetary social and ecological collapse. Two further refereed works have been completed for the UNESCO Encyclopedia to explain the ultimately underlying principles of the major world religions from their primary sources East and West. For a summary outline of the collected works on this project now available under my name at the world’s most comprehensive research site, see the last section of this webpage.

The Cancer Stage of Capitalism/ From Crisis To Cure, London and Halifax: Pluto and Fernwood Press with Palgrave Macmillan, 2013 (376 pages, expanded second edition).

Selected Chapters in Books since 1997

“The Postmodern Voice of Empire: The Meta-Program of Unaccountability” (2007) in (eds.) John C. Hawley and Revathi Krishnaswamy, The Post-Colonial and the Global. Minneapolis: Minnesota University Press, 228-38.

“Reclaiming the Teaching Profession: From Corporate Hierarchy to the Authority of Learning” (2003). Toronto: Ontario Association of Deans of Education and Ontario Teacher’s Federation Conference Keynote, 1-17 booklet (published by Queen’s University Faculty of Education).

“The Life Code versus the Money Code of Values: Understanding the Global Ecological Crisis”, (2002), in The Human Ecological Footprint: Guelph: Hammond Lectures, 115-32.

“The Planetary Life Crisis: Its Systemic Cause and Ground of Resolution” (2002), in (eds) Peter Miller and Laura Westra, Just Ecological Integrity. Boston: Rowman and Littlefield, 180-92.

“Caging the Poor: The Case Against the Prison System” (2000) in (eds) Gordon West and Ruth Morris, The Case for Penal Abolition. Toronto: Canadian Scholars Press, 167-87.

“Why the Protestors Are Against Corporate Globalization” (2002), Journal of Business Ethics

“The Life Code of Value and the Civil Commons: Replies to Woodhouse, McLaren and Smith on

Values, what is of worth or not, and why, define the human species across differences, domains and ways of life. They construct ...

This chapter examines the grounding of value theory by the two leading schools of moral praxis - traditional Marxism, whose onto...

On the one hand, the Buddhist revolution is momentous in its liberation of life from the trammels of inherited false religion. S...

While expert consensus in the field of personal identity has not yet let go of the sameness reduction, few young philosophers st...

The generating core contradiction of the ruling system is laid bare by identifying the opposition of two internally consistent s...

Legal scholars widely agree that the problem with even legally binding covenants on life-protective rights is the problem of enf...

Although Cohen’s metonym of inequality is striking, it misses the deeper derangements of Rawls’ ‘difference principle’ a...

Transcendental deduction is logical analysis in which the necessary presupposition of a claim or position is deduced as self-evi...

In more resolutely individual form, the decoupling of individual angst from the social and ecological life-ground recurs in the ...

Conceptual thought like image thought admits are measurable in terms of the life-range metric. That is, in the first instance, t...

competition to survive - and explains from G....

What is the ground of value by whose compass we ought to live? This essay explains why this ultimate question is screened out by...

Although the possibility of any universal value is widely denied by contemporary philosophers, one meta-theory of value stands o...

This chapter provides an overview value-system analysis of how we live and reason, explaining the unexamined presuppositions whi...

This concluding section of the Theme level writing— ‘Philosophy and World Problems’— lays bare the inner logic of a comp...

This chapter explains what has long been missing across domains and levels of analysis: (1) the life-blind inner logic regulating...

Individual rights are typically understood as the basic medium of modern society’s relations. They are recognized entitlements...

This analysis defines and explains the ultimately regulating principles of justice theory over 2500 years East and West, critica...

Showing that neither the ethics of individual decision nor immutable laws can comprehend the social subject and its choice space...

This chapter analyzes the third ultimate field of value, the terrestrial life field of action. It shows why relevant theories - ...

This chapter explains the long-repressed value field of the felt side of being. Peeling back epochal layers of theoretical deval...

Given the long failure of philosophy to find any sustainable universal ground of value, the Primary Axiom of Value explains the ...

For Western philosophy, “life support systems” (LSS) may be assumed to mean merely emergency medical devices, because there ...

More’s awareness of LSS going hand in hand with proper governance is echoed in the writings of another influential modern poli...

Particularly important is the case of the mystical thinker Hildegard of Bingen (10981179). Known as the ‘Sybil of the Rhine’...

The chapter examines the development, in theory and practice, of liberal democracy from a life-grounded perspective. The chapter...

The chapter traces the evolution of environmental philosophy from Pre-Socratic Greek Thought to the present. Its focus is on the...

The chaper traces the development of critical social philosophy out of the speculative metaphysical tradition. It argues that I...

Note: Numbers 25-30 are written by Professors Giorgio Baruchello and Jeff Noonan
on the basis of life-value onto-axiology. Published or in publication process:
VISIONS OF UNIVERSAL IDENTITY IN WORLD RELIGIONS: FROM LIFE-INCOHERENT
RELIGION TO LIFE-GROUNDED SPIRITUALITY
WAYS OF UNIVERSAL LIFE: THE TAO, HUMAN HEARTEDNESS AND ZEN JESUS