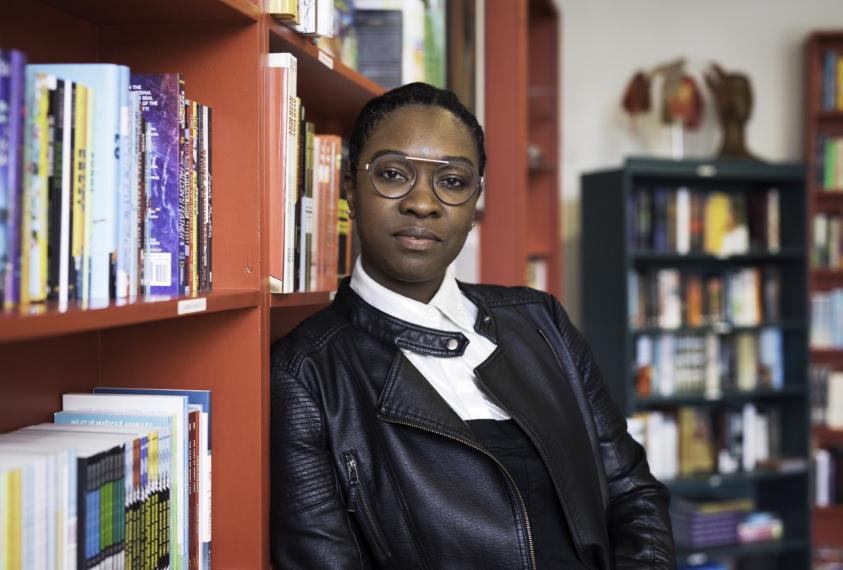 Canisia Lubrin is an acclaimed poet, editor and writer. Her writings explore ideas of social justice and the limits and possibilities of art, form, and language. Her books include the story collection, Code Noir (Knopf, 2023). Her first book Voodoo Hypothesis (Wolsak & Wynn, 2017) was named a CBC Best Book. Her second book, The Dyzgraphxst (M & S, 2020) won the OCM Bocas Prize for Caribbean Poetry and the overall Literature prize, the Griffin Poetry Prize, and the Derek Walcott Prize. That same year, she was awarded the Canada Council’s Joseph S. Stauffer prize for literary achievement and the Windham-Campbell prize for a body of work. Among other honours, her writing was finalist for the Governor General’s Award, the Pat Lowther Memorial Award, and Trillium Book Award for Poetry. Anthologies that include her fiction were finalists for the Toronto Book Award and the Shirly Jackson Award. She was twice longlisted for the Journey Prize.

Lubrin is a 2022 Civitella Ranieri Fellow and has held writer residences at Queen’s University and the appointed inaugural 2021 Shaftesbury Writer in Residence at Victoria College, University of Toronto, where she has taught creative writing. Lubrin previously taught at the Banff Centre, multiple community and literary organizations, and universities and colleges in Toronto. Her work is widely published and anthologized and has been translated into four languages. In 2021, the Globe & Mail’s named Lubrin Poet of the Year. She is poetry editor at Canadian press McClelland & Stewart.