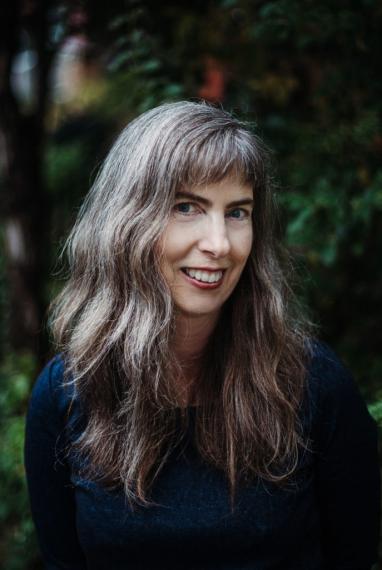 Catherine Bush is the author of four novels. Her work has been critically acclaimed, published internationally and shortlisted for literary awards. Accusation (Goose Lane Editions, 2013) was one of NOW magazine’s Best Ten Books of 2013, an Amazon.ca Best Book and a Canada Reads Top 40 pick. Minus Time (HarperCollins,1993), her first novel, was shortlisted for the Books in Canada/SmithBooks First Novel Award and the City of Toronto Book Award. Her second novel, The Rules of Engagement (HarperCollins, 2000) was a national bestseller and chosen as a New York Times Notable Book and one of the Globe and Mail’s Best Books of the Year. Her third novel, Claire’s Head (McClelland & Stewart, 2004), was shortlisted for Ontario’s Trillium Award and was a Globe Best Book of the Year.

Bush’s fiction, praised for its intelligence and daring, often plumbs moral quandaries in which the public and private lives of its characters collide. Accusation follows a journalist’s search for truth amid disturbing allegations that arise in an Ethiopian children’s circus. Claire’s Head combines mystery and neurology in the story of two sisters linked by their experience of migraines. In The Rules of Engagement, a contemporary woman contends with the psychological aftermath of a duel fought over her, and in Minus Time, the daughter of a Canadian astronaut confronts the strangeness of having a mother in space.

Bush’s nonfiction has appeared in numerous publications including the Globe and Mail, The New York Times Magazine, the literary magazine Brick, and the anthology, The Heart Does Break (2009). She has been a fellow at the MacDowell Colony, Yaddo, the Fine Arts Work Center in Provincetown, and Writer-in-Residence at universities including the University of Alberta, Guelph, McMaster, and the University of New Brunswick.

Since 2008 she has been the Coordinator of the Creative Writing MFA at the University of Guelph, located in the University of Guelph-Humber building on the Humber College North Campus in Toronto. In 2019 she was a Fiction Meets Science fellow at the Hanse-Wissenschaftskolleg in Delmenhorst, Germany, and she has spoken internationally about addressing the climate crisis in fiction.