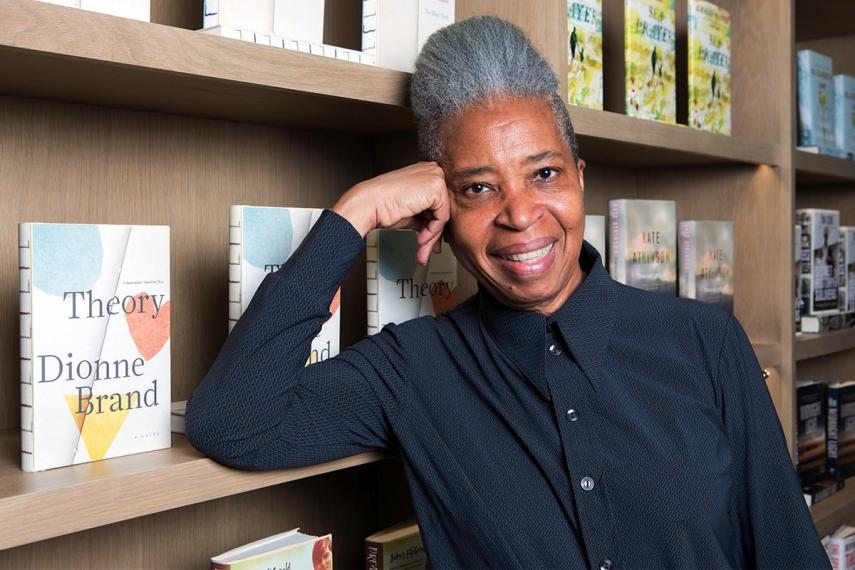 Dionne Brand is a renowned poet, novelist, and essayist. Her writing is notable for the beauty of its language, and for its intense engagement with issues of social justice, including particularly issues of gender and race. Her writing has won the Governor General’s Award for Poetry, the Trillium Prize for Literature, the Pat Lowther Award for Poetry, the Harbourfront Writers’ Prize and the Toronto Book Award.

Dionne Brand became prominent first as an award-winning poet, and is perhaps still best known for her poetry. But she has also achieved great distinction and acclaim in fiction, non-fiction, and film. Her fiction includes the novel In Another Place, Not Here, a New York Times notable book in 1998, and At the Full and Change of the Moon, a Los Angeles Times Notable Book of the Year in 1999. Her latest critically acclaimed novel, What We All Long For, is the story of four young people in Toronto; like thirsty, a recent book of poems, the novel offers an indelible portrait of this great multicultural city. Her non-fiction includes Bread Out Of Stone, a book of essays that prompted Adrienne Rich to describe Dionne Brand as “a cultural critic of uncompromising courage, an artist in language and ideas, an intellectual conscience for her country,” and A Map to the Door of No Return, which is a meditation on Blackness in the diaspora.

Dionne Brand has published eighteen books, contributed to seventeen anthologies, written dozens of essays and articles, and in the 1990’s made four documentary films for the National Film Board. She was a Distinguished Visiting Professor at St. Lawrence University in the U.S. and has taught literature and creative writing at universities in both British Columbia and Ontario. She has also held the Ruth Wynn Woodward Chair in Women’s Studies at Simon Fraser University.